Why there were no comments

In the early days of this blog, I allowed comments, but rapidly problems developed based on what is, perhaps, the somewhat unique nature of this blog. The main problem was that people either failed to grasp or refused to consider the nature of this blog no matter how meticulously I went out of my way to explain it. What was more, when I pointed out the explanation, people got angry at what I'm sure they felt was my tapping some arbitrary sign on the wall to shut them up. I understood their frustration, but I'd like to explain mine here.

The main problem was that the short nature of the posts, which was my absolute intention when creating this blog, created issues. Those issues were as follows:
Mainly, I took away comments because I've got a goal for myself to write 1000 posts and another blog I write for. I currently do 8 posts a week without fail and I generate all of the content alone and entirely from scratch. I'm not riffing on other people's blog content, news articles, or recycling content. I have neither the time nor inclination to deal with people who are acting on personal agendas or their needs to be mad at someone about something.

In many ways, I regret that I can't allow comments because I think that there definitely is the potential for input of great value from readers. For instance, I would have welcomed people from other cities or rural areas adding in their own subjective experiences which differed from mine. I know from limited experience visiting Osaka that some of the problems I experience in Tokyo (such as people not looking where they are going) did not occur there. Unfortunately, early commenters weren't able to offer their parallel experiences without including the invalidating statement or tone of "you're wrong because my experience is different than yours". The opportunity for this blog to be a repository of many people's varied experiences of life here was lost because of the tone and behavior of early commenters. That would have been a "bonus", but ultimately that wasn't the original intent of this blog and I quickly concluded that commentary adding in different perspectives without an agenda of invalidating my assertions simply wasn't going to happen.

Perhaps in the future when I've got my 1000 posts done, I will open things up for comments because the self-induced pressure to do a set number of posts will be relieved and I may have the time to deal with all comers regardless of the types of comments they make. I would welcome mature, intelligent, insightful and positively motivated input. I'm just not prepared to be the dog people want to kick at the end of a bad day or to waste my time kicking back.
Posted by Orchid64 at 1:19 PM

Since I've received, on occasion, unsolicited e-mail from people who believe that they know me based on my posts here, I thought it might be useful to provide some actual information about me. By no means will this reveal who I truly am (as that would be impossible from something as limited as a blog, particularly one about something other than myself), but at least it will provide some context for the posts on this blog.

I was born in 1964 and I have lived steadily in Japan since 1989. I spent the bulk of my 20+ years in Japan working in a Japanese office for a small Japanese company that created and sold correspondence lessons. I consider my experiences in Japan rather unique compared to most foreigners for a variety of reasons. Among them are:
Thanks for reading.
Posted by Orchid64 at 1:18 PM

Email ThisBlogThis!Share to TwitterShare to FacebookShare to Pinterest
Labels: about me, blog-related

Will Miss #1 - the plethora of sembei varieties 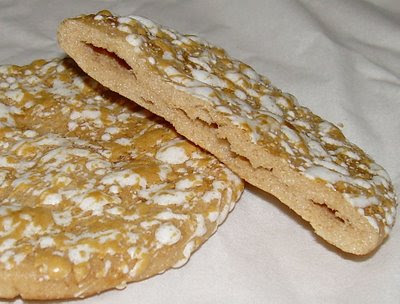 When it comes to loving sembei, I've been a decidedly late bloomer. For an exceptionally long time, I associated sembei with an overpowering baked rice, soy sauce and fishy smell. I've learned that there is a cornucopia of sembei flavoring out there from brown sugar to corn soup to garlic to wasabi.

I'm going to miss the casual access to so many interesting and enjoyable varieties of sembei.
Posted by Orchid64 at 4:29 AM No comments:

Email ThisBlogThis!Share to TwitterShare to FacebookShare to Pinterest
Labels: food, will miss

Won't Miss #1- not finding shoes in my size 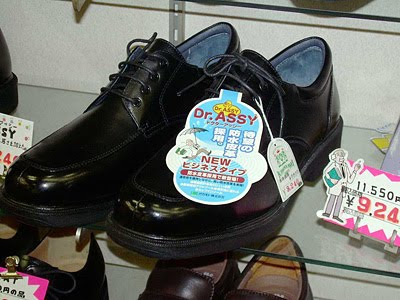 In America, I wear a size 8 1/2 shoe. This isn't the most petite foot, but it's also nowhere near a gigantic side. In Japan, this translates to my feet being a 1/2 size too big for women's shoes here.

I won't miss not being able to find shoes in my size at shoe shops.
Posted by Orchid64 at 4:23 AM 1 comment:

My husband and I have lived in Japan for a little over 20 years and our thoughts sometimes turn to how we'll feel when we eventually leave.

I'm starting this blog to catalog the thoughts I've been having about the possibility of leaving Japan after such a long time. My hope is to find (at least) 500 things I will miss after I leave and 500 things I won't miss (hence the 1000 things). Why 1000? Well, I'm absolutely inspired by the blog 1000 Awesome Things.

If you stumble across this blog, I hope you find the content interesting and potentially educating. Thanks for taking the time to drop by.
Posted by Orchid64 at 1:17 AM 1 comment:

Email ThisBlogThis!Share to TwitterShare to FacebookShare to Pinterest
Labels: blog-related

Contacting me by e-mail

If you would like to advertise on this site, have a business offer, or would like to interview me or provide a promotional opportunity for this site, you may e-mail me at: orchidsixtyfour@gmail.com

Please note that this address is not for e-mailing comments about the blog.

Email ThisBlogThis!Share to TwitterShare to FacebookShare to Pinterest
Labels: blog-related

What This Blog Is and Is Not

This blog isn't an attempt to address social issues or even life in Japan on a macro level. It's a highly personalized take on life in Japan based on my experiences and feelings. I'm not making any assertions that all places in Japan or all people are reflecting things that are mentioned here, nor am I implying that the things I mention here are not present in other parts of the world or cultures. This simply is an account of my feelings about life in Japan from a highly subjective viewpoint.

The format of this blog is intentional. That is, the short descriptions and personalized phrasing ("I will/I will not") are intentional limits that I placed on myself when I decided to do this blog. There are a variety of reasons for this, but the biggest one is that I've done a great amount of longer form writing in the past and this is a different sort of writing exercise for me. Clearly, the format has its limits, but this is meant as a notational format. It is not meant to be deep and broad in scope.

Each post should not be regarded as a whole and complete opinion on a topic. These ideas are facets of a whole, and each individual post is incomplete. So, please do not infer from the lack of a complete picture that there has been a lack of consideration of every angle of an idea. The full picture of a situation may not fully emerge until several posts have appeared, or indeed, until I've reached the end (or beyond) of making 1000 posts. This blog is a list and the nature of it is intentionally brief, not exhaustive. I edit myself for brevity and try to keep to a very specific point. These are not intended to be representations of my entire view and every single thought I may have about a particular issue. If you're looking for that sort of blog, you're in the wrong place.

Also, please note that the pictures on this site are representative, not literal depictions. For example, I may talk about health clubs and how expensive they are in Tokyo and show a picture of Gold's Gym, but that doesn't mean I go there or that that is the health club I'm talking about.