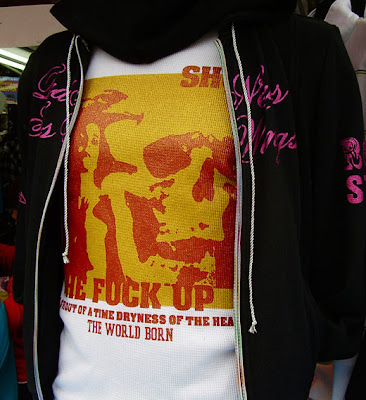 If a cab driver in America said that he often didn't pick up Hispanic people seeking a ride because he could tell by looking at a particular person that he or she could not speak English very well, there is every chance that any but the most hardened bigot would take issue with such a ludicrous assertion. It's even less unlikely that a Hispanic person would defend the cab driver for his anti-Hispanic actions. Change this scenario to a Japanese cab driver stating that he doesn't pick up foreigners because he can tell by looking at them if they can speak Japanese and you'll find that some of the foreigners who live in Japan will nod approvingly at the absurd "excuse". In fact, this example was written up on an apologist's blog. Some of them will even blog elaborate explanations and go to considerable time and effort to defend bigotry. The apologists in Japan won't be disappearing when I leave, but I'll almost certainly deal with few (or none) of them after I get home.

I absolutely will not miss people who so want to ingratiate themselves to the Japanese that they will swallow every ridiculous explanation for prejudice that comes out of a Japanese mouth.
Posted by Orchid64 at 12:01 AM