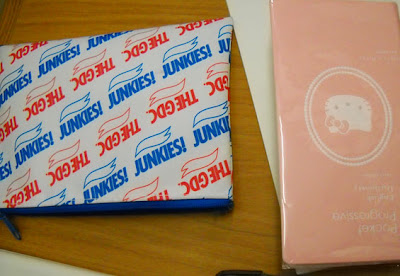 If you read a story about a Japanese person who is caught with drugs and arrested, there is a high probability that it will be mentioned that the detainee will be asked where the drugs were obtained and the answer will be, "I got them from a foreigner". The fact that this information is included for routine drug busts (like someone caught with marijuana or stimulants) for small amounts of drugs is somewhat curious in and of itself. The fact that no one ever questions whether or not the drug user who is being held is telling the truth about where the drugs came from is an indication that merely saying, "I bought them from a foreigner," is explanation enough.

I won't miss this tendency to link (mysterious) foreigners with drugs in order to deflect responsibility for the crime for the Japanese perpetrators to non-Japanese.
Posted by Orchid64 at 12:15 AM