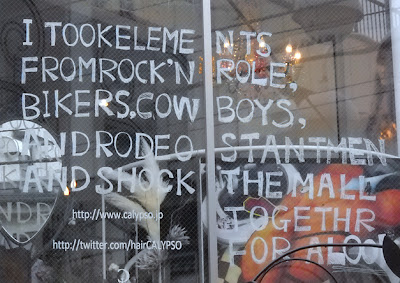 Shirley McClaine is an American actress who is probably more famous for her new age spirituality at this point in time than her acting. One of the more curious facts about her is that her daughter is called "Sachi". Given that both of her parents are Caucasians and American, it seems odd for her to be called by a Japanese name (her real name is Stephanie). Similarly, it is odd in Japan when I meet a Japanese person and they tell me to call them by a Western name. While this doesn't happen often, it does happen. One of my students asked that I call him "Tom" because he said he looked like Tom Cruise (he didn't). My husband worked for several years at a language school in which almost every single student had a foreign nickname. I'm not sure why some Japanese folks want to be called by Western nicknames though I think that it may have something to do with making it easier on the foreigner to say their names or adopting a different persona when speaking English. Perhaps they are living the part in order to help them think more in line with the language, only they know for certain.

It always seems rather cute when Japanese folks request to be called by names like Mary, Bob and Tom, and I'll miss it.
Posted by Orchid64 at 12:15 AM