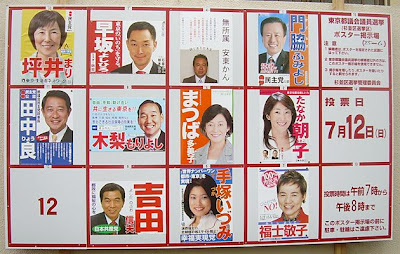 I used to read the news for Japan several times a week when I lived there. Now, I'm lucky if I remember to have a peak at "Japan Today" a couple of times a month. That means that I'm not privy to what "those darn politicians" are saying these days unless whatever is offered is so egregious that it crosses the ocean and taps on the American media's shoulders. Usually, that means I get a head's up when the Japanese say something really rude about another country (as happened not too long before this post when the governor of Tokyo insulted Istanbul when the bids to be the Olympic host were still in play).

The truth is that, while I don't miss Japanese political shenanigans, and especially  the "foot in mouth" disease, I'm no happier with the game-playing that you see among American politicians and it's equally hard to ignore.
Posted by Orchid64 at 8:00 AM