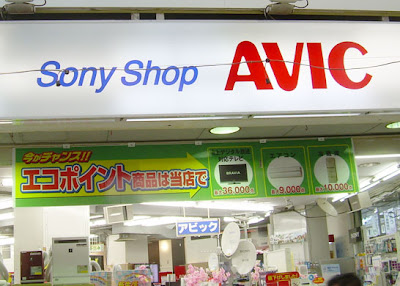 One of the things I thought when I first arrived in Japan was that I would now have access to a lot of cool Sony products at a (likely) lower price than I experienced in the U.S. I don't know what Sony's reputation is at the moment, but when I arrived here, Sony was considered a premium brand name for electronics. I quickly learned something about Sony's domestic products, and that is the fact that they are not the same as those that are made for export. Every Sony product I have ever bought in Japan has been a piece of junk that has broken within a year. I have spoken with many Japanese people about this and they have said the same. They have no confidence in Sony's product quality and are reluctant to buy their electronics. What is worse is the fact that every time we've tried to have a Sony item serviced, we've had to drag the item to a service center and been greeted with indifference or a shoulder shrug about fixing the item. The only thing they ever actually repaired was a Trinitron display I had some time ago and they charged a fortune to repair it.

I won't miss my bad experiences with Sony in Japan.
Posted by Orchid64 at 12:15 AM