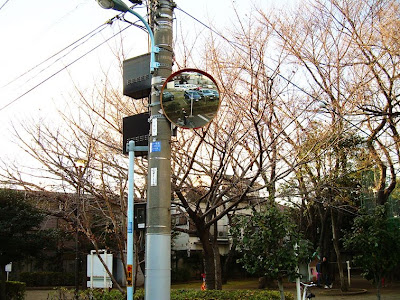 Guess the season being shown in the picture above. It'll be tough since Tokyo looks like this 2/3 of the year.*
One of the earliest assertions about Japan's uniqueness that Japanese people will make when you talk to them about their country is that "Japan has 4 seasons." For some reason, most of them think their country is the only one in the world that experiences an appreciably different weather pattern in each season. This is ludicrous enough, but what makes it sillier is that not everywhere in Japan actually experiences 4 distinctly different seasons. Tokyo's 4 seasons appear to be fall, summer, rainy season, and cherry blossom viewing season, but that's not what Japanese people mean by "Japan has 4 seasons."

I won't miss hearing this statement being asserted again and again.