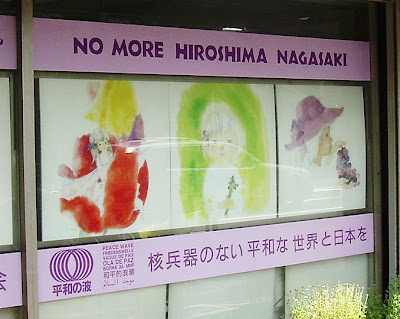 In Japan, the part of World War II that they talk about to the near exclusion of all else is the part where atomic bombs were dropped on them. The children aren't taught the full history of the war and Japan's role in the war as a brutal occupier of other Asian countries, an ally of the Axis powers, or as an aggressor toward the United States is very rarely (if ever) discussed. In essence, Japan almost always sees itself only as a victim of the war and ignores all else. While clearly the atomic bombs were terrible things, this doesn't erase the fact that Japan had a hand in some of the worst atrocities of the war and that they allied themselves with a culture led by a man with genocide as a goal.

I won't miss the pervasive culture of victim-hood and the willful ignorance of the complexity and complete history of the events which led to the dropping of the atomic bombs.
Posted by Orchid64 at 12:01 AM