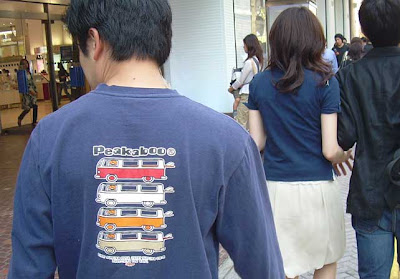 I can't speak for everywhere in Japan, but Tokyo has issues with "peepers" or "peeping Toms". Women have to be very careful to keep their curtains drawn if they don't want some pervert to find a vantage point and watch them. I'm not sure why this is relatively common in Japan, but I suspect it has to do with a variety of social and (pop) cultural factors. Japanese men are notoriously "shy" about approaching women as compared to Western men and there is often a presentation of creepy, pervy behavior in manga, anime, television, and movies which inspires men with such inclinations to act out on their urges to peep. Peeping is second to groping as a past-time for Japan's "chikan" or perverts, and since it's far less likely to get them caught, they're likely to indulge when given an opportunity.

I won't miss these creepy men or hearing my unfortunate female acquaintances tell me about their experiences with them.
Posted by Orchid64 at 12:15 AM