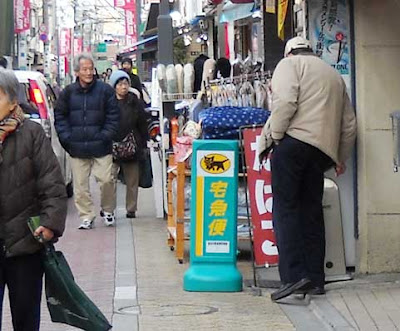 I've heard that China has one of the worst problems with public spitting and that Japan's expectorating populace pales in comparison. That being said, they are leaps ahead of what I was accustomed to in terms of public gobbing and spitting when I grew up in the U.S. Public spitting isn't super, super common in Tokyo, but it is far from rare. Both men and women do it, so it's not one of those gross unhygienic things that Asian men do. In fact, people of all ages do it.

I won't miss public gobbing and spitting, and walking past piles of bodily fluids on the streets, train platforms, and stations.
Posted by Orchid64 at 12:15 AM