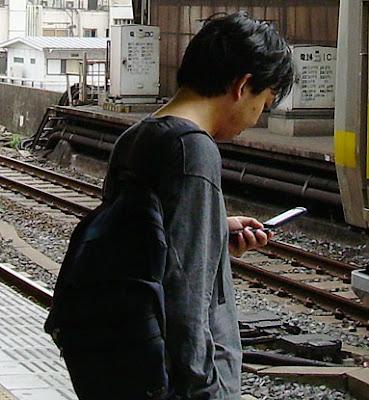 I know that people all over the world are in love with their cell phones. However, the way in which people in Tokyo believe that it is okay to stare like hypnotized zombies at their phones' display rather than look where they are going makes it troublesome to innocent bystanders. People ride their bikes and do texting. They stop dead in the middle of streets and cramped stairwells blocking traffic as they gawk and peck. These people are not only an inconvenience others, but also endanger them in such a densely populated and busy city.

I won't miss the people who are so obsessed with their phones that they behave discourteously to everyone around them.
Posted by Orchid64 at 12:00 AM