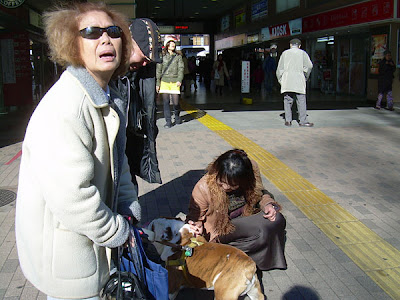 One of the character qualities that Japanese culture encourages and builds into it citizens is something called "gaman". It can mean slightly different things, but it essentially means to practice tolerance in the face of hardship rather than to complain, act out, or be confrontational. The manner in which this manifests in life here is that (the vast majority of) people tend to be patient with small problems rather than make an issue of them, and they will put up with considerable difficulties rather than walk away or quit. It's one of those things that many foreign folks don't notice right away, but often they benefit from it. You may do a myriad of things that annoy your neighbors, but many of them may choose to simply "endure" the difficulty rather than complain. Many foreigners also fail to practice "gaman" themselves and alienate Japanese people who feel that no reasonable person would complain about the trivialities that foreign folks do.

I will miss the culture of "gaman" and the way in which it encourages patience and cooperation rather than petty complaining and confrontation.
Posted by Orchid64 at 12:15 AM