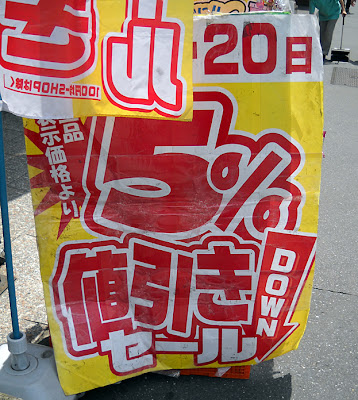 One thing which consistently amazes me is how small sales and markdowns are on items in Tokyo. I've seen prices marked as little as 2%, even on food items which clearly are nearing their expiration. Convenience stores often have the most absurdly low price reductions, such as 10 yen off of something which costs 200 yen or more. Mind you, I do occasionally see bigger markdowns (especially on clothes, which I don't buy anyway), but it is far rarer than seeing some ridiculously marginal markdown.

I won't miss the sales and markdowns which are so small as to be nearly meaningless.
Posted by Orchid64 at 12:15 AM