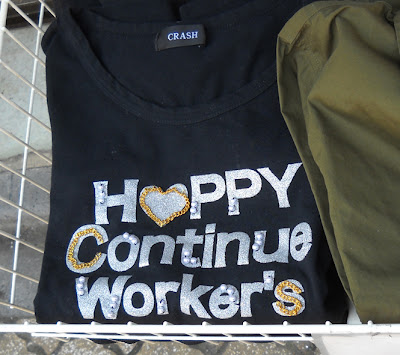 The economic situation in Japan has been going downhill for quite some time. That doesn't mean companies don't make money, but rather that Japan hasn't been growing economically on the whole. However, even before the downturn became so dire, raises were very pathetic at most companies. It's not unusual for people to get raises of as little as a few thousand yen (about $24) or no raise at all, even when a company is profitable. Whether or not you're getting a raise has nothing to do with job performance or evaluation. It has to do with perceptions of whether or not you require one based on your age, gender, position, and marital status as well as how well the company has been doing economically. As a married women in a subordinate position at my former office, the president simply decided I didn't need much in the way of raises whereas a married male coworker doing the same job got a substantial raise. We both had exactly the same responsibilities, and I did more work than him and had significantly more useful and refined skills (computer-based) and could do more varied work. The male coworker got a 10,000 yen raise and I got 1,000 yen, because the president concluded he needed it to support his wife (but no kids). Never mind that his wife worked full-time and my husband didn't. It was all about what the president imagined the situation to be, not our value as workers or actual circumstances.

I won't miss the way in which raises are determined nor how tiny they tend to be.
Posted by Orchid64 at 12:15 AM