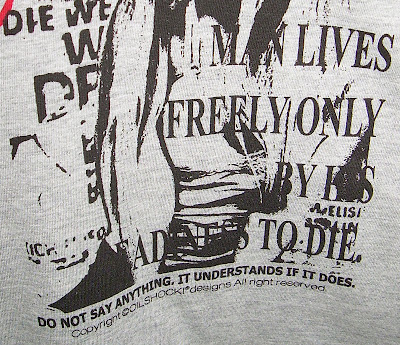 One of the things Japanese people say to me when they're about to tell me about some cultural concept which they are aware is dissimilar in Western culture is "you can't/won't understand, but we Japanese (do whatever)." I know that this is offered up without any sort of negative connotations, but it is an immensely condescending thing to say. This is their way of saying, "as an outsider, you can't possibly understand this very Japanese way of thinking." It assumes that I am so ethnocentric that I can't wrap my head around a concept outside of my upbringing, or that the Japanese manner of thinking is so special and incredibly unique that I could never understand. Most recently, an older gent was telling me about how he met his wife and he started with "you won't understand... but it was an arranged marriage." Oddly enough, I am able to understand the fact that marriage used to be more of a business arrangement in order to connect two families rather than something based on feelings. To see the flip-side of this, imagine how it'd sound if I said to a Japanese person, "you won't understand this, but my husband and I married each other because we were (and still are) madly in love and practical issues like his family background, income, etc. were of no concern whatsoever." Sometimes people will simply cop out entirely and say, "you won't understand," and refuse to go any further.

I won't miss being told I can't possibly understand some Japanese cultural concept before I even have a chance to express my understanding or opinion of the topic.
Posted by Orchid64 at 8:15 AM