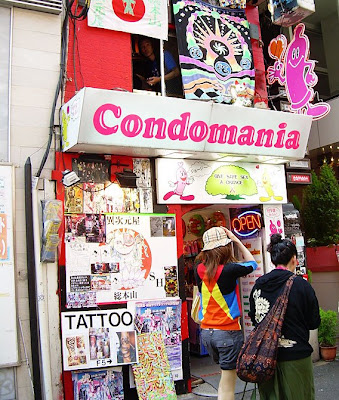 While America has its highly ineffective abstinence movement, Japan has condoms available everywhere. There's a condom vending machine about 2 minutes from our apartment in case anyone has an urgent need and is too shy to ask at a drug store. In fact, I don't even know if condoms are sold in drug stores in Japan since they're so easy to get in other places.

I'll miss the liberal and pragmatic attitudes toward birth control.
Posted by Orchid64 at 12:00 AM

Email ThisBlogThis!Share to TwitterShare to FacebookShare to Pinterest
Labels: condoms, sex, will miss