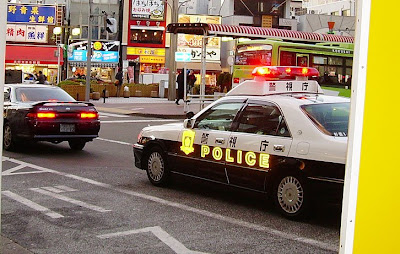 The police in Japan have broad and vaguely defined powers. The laws are sometimes intentionally contradictory to allow the police to act in an arbitrary fashion should they choose to do so. The police routinely target foreigners for (not so) random bicycle theft and identification checks and also search the baggage (backpacks, briefcases, handbags, etc.) of both Japanese and foreign people alike at big traffic areas for knives or other weapons in an overreaction to the random stabbings which have occurred with increasing frequency in Japan. Lately, they've also been drug testing foreigners without cause.

I won't miss being at the mercy of a police force that doesn't have to respect the rights of its citizens and non-citizens.
Posted by Orchid64 at 1:00 AM