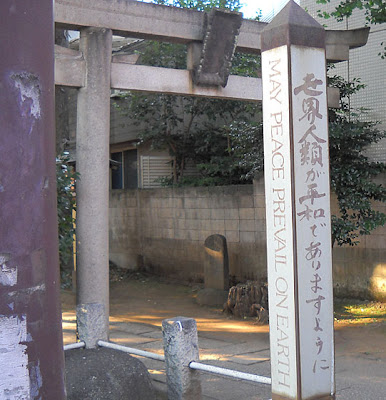 Back home, people are generally comfortable with the idea of going to war and of their armed force's going abroad and taking part in aggressive activities. The Japanese have a culture which is very strongly based on pacifism. Most Japanese people place peace above many other interests. It's one of the reasons Japan is always paying off terrorists who kidnap their representatives and media personnel abroad. This pacifism was pushed on them after their defeat in World war II, but it has since become integrated with the cultural mindset.

While I realize that pacifism is not a perfect philosophy, I'd rather be surrounded by people who think first of peace rather than aggression, and I'll miss that.
Posted by Orchid64 at 12:15 AM