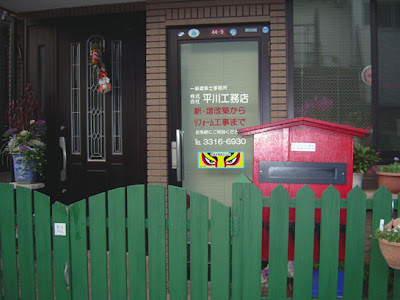 Back home in rural Pennsylvania, we used to leave our front door unlocked all of the time because crime was so rare. When salespeople or strangers on formal business came to our house, they would knock and after we replied, they would stand behind the door and announce themselves. We (the owners of the domicile) would then open the door and let them in. In Tokyo, there is a rather disturbing habit among strangers who are either offering a service or trying to sell something when they come to your door. They ring the bell, I answer by saying "yes?", and the first thing they do is grab the door handle and try to open the door themselves. When they discover it is locked, they yank a bit harder a second time then give up and only then tell you who they are and what they are doing at your place. Note that this does not always happen, but it happens often enough to encourage me to keep the door locked at all times.

I find the notion that a stranger thinks it's okay to let himself in as soon as he knows I'm home rather disturbing and I won't miss it.
Posted by Orchid64 at 12:15 AM