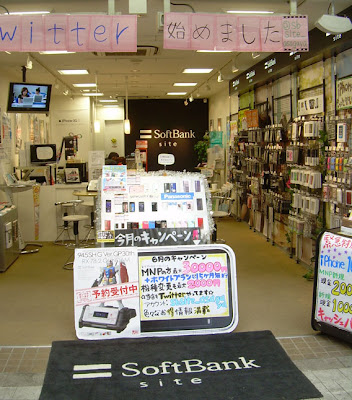 My issues with Softbank are two-fold (at the moment). First, if you sign a contract with them and you are not Japanese, you must provide two forms of official identification such as your alien registration card, passport, or government issue health insurance card. If you are Japanese, you only need to provide one piece of official identification or two very flimsy pieces (like student I.D. and credit card). This is discrimination, pure and simple. I don't know why they require foreigners to give two types of official I.D., but the only reason I can think of is that they think we're criminals carrying one well-constructed fake. The second problem I have with Softbank is that they won't answer some questions when you stand right in their shops face-to-face (speaking Japanese). My husband had a question about connecting to their Wi-fi via iPad and they told him they wouldn't answer his question in their cavernous shop which was at that moment utterly devoid of customers.* They said he had to call a number on a brochure. This is pathetic customer service.