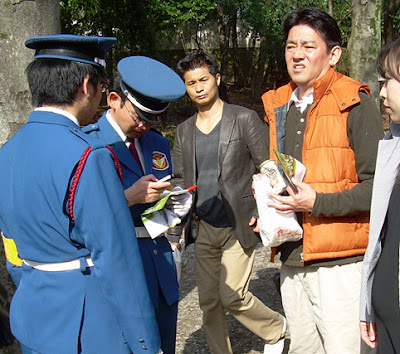 You can't hear it, but that's pretty much what the face looks like during this maneuver.
Every culture has its body language tics and odd sounds associated with certain actions. I'm not a big fan of any of them, but one of the habits which is like nails on a blackboard for me is when people (usually men) suck air around their teeth in a particular manner. This is a habit which I never experienced back home, but frequently hear here. This sound is usually made when one is thinking over a particularly brain-teasing issue or as an expression of hesitation before offering up an answer that won't be favorably received. I may dislike this particular habit so much because it is one I associate with reluctance to be straightforward or simply because it's not a pleasant noise. It's probably a bit of both.

I won't miss this tendency to noisily suck air through ones teeth during moments of consternation, consideration or confrontation.
Posted by Orchid64 at 12:15 AM