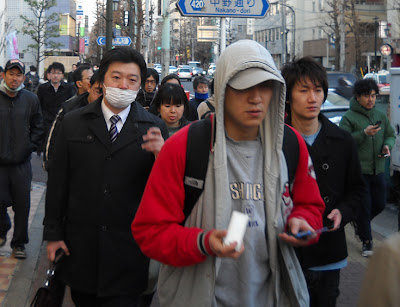 Walk through any busy, crowded street or station full of commuters attempting to dodge each other and you will sooner or later run across the "chopper". This is a man who thinks that by putting out his hand and chopping through the air that the crowds will part before him and let him through. In fact, he expects that you will facilitate his easy movement through the throng at your own expense because of his hand gesture. In addition to the chopppers, there are the "wavers". These are people (again, almost always men) who think they can break rules and even endanger others by simply waving to signal their intention to do something reckless. It's as if they believe the wave places responsibility for the outcome onto others. This is very common with cars that cut-off or illegally pass or go around other cars at red lights and sometimes results in tragic accidents.

I won't miss these men who are so arrogant and selfish that they think the world should accommodate them merely because of a hand gesture.
Posted by Orchid64 at 8:00 AM