Won't Miss #398 - being a minority in the minority 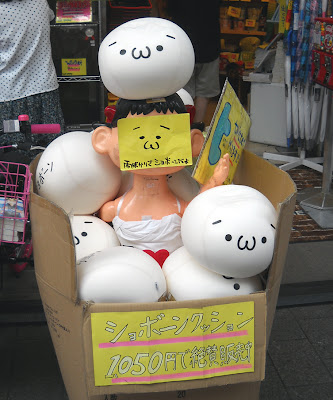 Foreign women in Japan have a variety of support networks to help them cope with the difficulties of being a minority here. Unfortunately, I don't fit in with any of those groups. One of the biggest groups is the AFWJ, Association of Foreign Wives of Japanese. Since my husband is American, the "welcome" sign isn't hanging on that door for me. There is also the Tokyo American Club Women's Group, which is for expats. That means it's for the women who are here on expense accounts and live a specialized lifestyle. Since I'm not rich enough to join said club, and don't fit in with a set which shops regularly at over-priced import food shops and whines at the "small" size of their large Tokyo apartments, I couldn't have a "member" badge pinned on me there either. I'm also not one of the single women who explore the country for Japanese men so I won't be commiserating over a mixed drink in Roppongi with sisters in single-hood.

Sometimes, I feel it would be nice to have the support and camaraderie of people living in shoes similar to  mine, but I am an extreme minority in the minority as a married woman married to an American but not being sent over here on someone else's dime. I won't miss this feeling of isolation and a lack of empathy and support for the challenges I face due to my particular circumstances.
Posted by Orchid64 at 8:00 AM