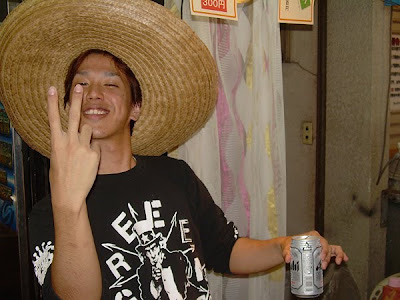 Despite having lived in Japan for about two decades, I'm still amused by some of the differences in body language (aside from the overuse of the peace sign in pictures). When an American points at himself, he will point at his chest. When a Japanese person points at herself, she will point at her nose. Additionally, when I count on my fingers for others to see, I start with a closed hand and raise each finger. Japanese people start with an open hand and draw each finger down toward their palms.

I'll miss these little differences in how we express ourselves with gestures and body language.
Posted by Orchid64 at 12:01 AM