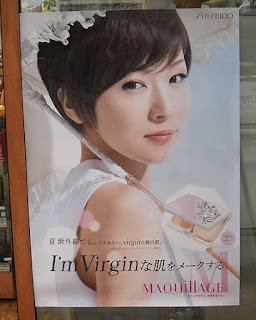 One of the first things I learned about Japan was that their regard for sexual behavior is quite different from that of Westerners. I was told, and this was a notion that was reinforced as the years went by, that sexual acts were regarded as a biological necessity, much like the need to urinate or eat. This was offered as an explanation as to why some Japanese women would tell their husbands or boyfriends that they understood if they strayed, but they simply never wanted to know about it. Cheating is tolerated to a greater extent because it is seen as a release, not as a threat to relationships. While some foreigners, especially men, view this as a superior and enlightened attitude toward sex, I simply see it as a different way of looking at things  based on cultural differences. And while the Japanese do practice more censorship of pornography (laws made in 1907 that were never altered) than Western countries do, they don't have laws in place to restrict private behavior (such as ridiculous sodomy laws that say what you can and can't do in your own home). I have no idea why the censorship laws were never changed, but I think it has more to do with inertia than prudishness.

To me, the aspect of this that I will miss is the lack of prudishness that accompanies such a frank and utilitarian attitude toward sex.
Posted by Orchid64 at 8:00 AM