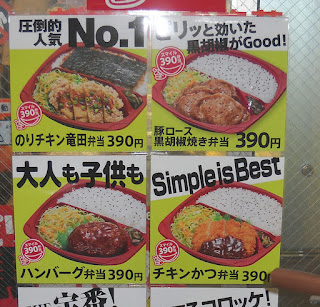 One of the reasons Japanese characters are seen as cute is that they are rendered very simply. Minimalism, which Japan is often over-credited for, is also about simplicity. Japanese food is often about simple tastes and keeping flavors clean and separated. Culture-wide, Japanese love simplicity. It's an aesthetic which isn't always followed, but tends to permeate the culture in pleasant and unique ways.

Frankly speaking, it's a lot of what makes the vibe in Japan "Japanese", and I will miss it.
Posted by Orchid64 at 8:00 AM