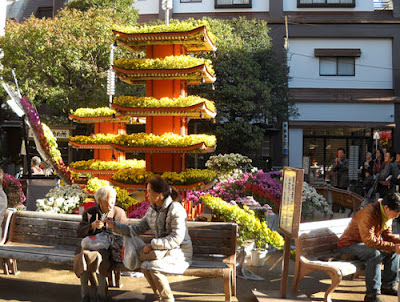 One thing about a lot of attitudes in America which upsets me is the preoccupation people have with how their taxes are distributed at times to people they view as deadbeats or as having chosen irresponsible paths. While in Japan this attitude does apply to homeless people and there is not the greatest sympathy for the unemployed, it doesn't tend to apply to society at large.There are a variety of examples of this, but one of them is the existence of suicide insurance in a country with a high suicide rate. When I discuss this with Japanese people and ask if perhaps it's not such a good idea (as it may encourage suicide), they feel that it is important to have some sort of financial safety net to help the families of troubled people even though they know the family will collect more than the deceased paid in. I've also spoken to many people who, while not happy with the  notion of paying a higher consumption (sales) tax, say that they believe it is important to give more money to the elderly even if it means they personally pay more for goods and services.

There is a much higher level of comfort about seeing ones money given to others who have a greater need as well as an understanding that we are all a part of society and contribute to a good one by sometimes paying more than our share and I'll miss this attitude.
Posted by Orchid64 at 8:00 AM