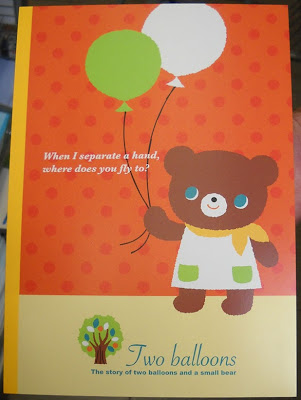 This is a continuing series talking about the time I spent working in a Japanese office. The other parts are here: 1, 2, 3, 4, 5

The image most foreign folks have of Japanese workers is one of people who are hard-working, respectful, and loyal. It wouldn't be too far fetched to say that many employees start out that way, but you can say that of a lot of new employees. No one is happier and more diligent than when he or she gets a job and wants to make a good impression. It's only as time goes by and the indignities and disrespect pile up that the bloom goes off the rosy outlook on employment.

As I mentioned in my last post, as the years went by, the company I worked out started to list like a ship in a choppy ocean. It was also taking on water at a scary pace. As this happened, the president, who like many Japanese employers talked about how the company was like a "family" started to give some of his lesser children up for adoption. We had around 8 salesmen during our peak, but when sales started to drop, he would call one into his office and "persuade" them to quit.

I can't say for certain how this process works as I was never in the room when it occurred, but the scuttlebutt that I heard lead me to believe that it essentially was the president saying that he'd have to cut the salary down to an intolerable level if that person remained based on their performance. I think that, in some cases, it also may have been a case of him saying the equivalent of, "This really isn't a good place for you anymore, is it? Perhaps it would be better for you to find a place that was more suitable for you." No Japanese staff person was ever actually fired. They always "decided" to quit.

As sales grew worse, more sales people were put on the chopping block and the full-time foreign staff was reduced through attrition. Besides my Aussie boss and I, most people didn't remain long. When I started, there were 3 full-time foreign teachers and the manager (the aforementioned boss). When I left, it was just the two of us. During my last 7 years or so with the company, we were the core of the operation from the viewpoint of teaching and text-making.

There was the revolving door of temporary teachers that included my husband for some of my years there, but not all. It was a colorful parade which I want to talk about, but that will be for a later post. For now, I want to talk about how the atmosphere and staff changed as our sales dwindled.

The respect that the Japanese staff showed the president was somewhat proportional to how generous he was with them. They tended to be more deferential and put on a happy face more often for him before he started pruning the underperforming staff and getting crabbier with them because they didn't keep up the previous bubble-economy-level of sales figures. They also spend more time sniping about him behind his back and spilling his secrets.

The office manager, who was a quiet, relatively gentle and even-tempered person, became surprisingly confrontational with the president over time. One day, the president's meddling with the Japanese office lady (O.L.)  in charge of the layout of the texts at the time caused her to become so upset that she cried. The gossip machine whispered that the office manager was diddling this particular O.L. on the side (he was married and had a daughter) and he took particular umbrage to what had happened. He charged into the president's office and yelled at him, saying that the big cheese didn't know how to handle people and didn't know what he was doing.

You'd think that would have ended with a sacking of the office manager, but it did not. Part of the reason for that may have been that that particular man was working on a Chinese language program for the company and, with China looking like a big up and comer economically at the time, it was promising to be a new cash cow for the company. It could also be that the president knew that the entire company was starting to slip through his fingers and he didn't want to start shaking the trees at that point in time.

To "manage" the situation at the company, the president started to rearrange the deck chairs on the Titanic in the hopes that it wouldn't sink. I don't know if this is well-known, but it's common for salespeople to be in charge of a large company or a number of companies as their steady clients. The idea is to make sure that such big cash cows get steady and reliable attention from someone who knows their needs well. The salesperson builds a relationship with the company by regularly visiting, sometimes just to say "hi" and bring gifts, as a means of keeping the wheels well-lubricated and the company's business with ones own company.

Our salespeople had certain companies that they'd had for years. Most of them hadn't even made the original sale to them, but inherited them from someone who'd already left the company. A senior salesman would often get a bunch of big clients handed to him on a silver platter and he'd just kick back and effortlessly milk the cow someone else had worked very hard to lure into his pasture. In fact, the senior salesman who I spent the longest time there during my tenure spent most of his days wandering around the office, reading the paper, making tea, hitting on the office ladies, or chatting with people while incessantly patting their shoulders for the duration. Sometimes, he'd even nap in his chair. He rarely worked late. Actually, he rarely "worked" at all.

At any rate, when times got bad, the president started to madly shuffle the client lists around to different salesmen. A junior employee would bust his buns to get a client only to have it handed over to someone else. This behavior only hastened the economic downfall of the company as salespeople started to leave. The domino effect of this was that companies didn't have relationships with the same person and therefore found it easier to shop on price rather than show loyalty to a company they had a long-standing situation with.

Every year, my boss and I would be told how poorly the company was doing and every year, it kept on going. One day, the president was showing some men around the office and my boss said that he thought the president might be trying to sell the company. It had been his baby for more than 25 years. In fact, it seemed to be his whole reason to live. I could not fathom that he would sell it off to another company, but, one day, we were told that was exactly what he had done. From there, things changed dramatically for us, particularly since the company that had bought us was a subsidiary of my first employer in Japan, the dreaded conversation school, Nova.