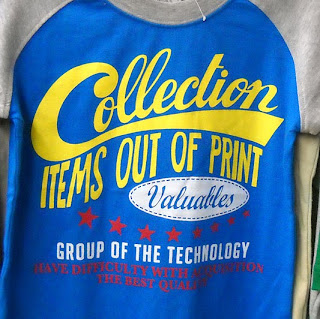 This is a continuation of a story I've been telling in multiple parts. The other parts are here: 1, 2, 3

In my last post, I talked about the president of my former company and how his idiosyncrasies made life difficult for the employees. In fact, if one reads through the rather long laundry list of the things he did which showed his lack of trust and disrespect for the foreign staff, it would seem that I should have gotten the hell out of there as soon as possible rather than hang around for over a decade.

There were a lot of reasons that I hung on to that job. Indeed, I discovered that I clung to it far too long for the wrong reasons as time went by. That being said, I did hang in there for at least 8 of my 12 years there for what could be considered the "right" reasons.

The employment world in Japan is a relatively narrow one for English-speaking folks. You can translate if your Japanese is good enough, teach English, or be a hostess or model if you have the looks. If you have the right sort of visa as well as a very high level of fluency, you can sometimes work at a normal Japanese office job as Japanese folks.

The last one is a relatively rare case for two reasons. The primary one is that most Japanese companies don't want foreigners in such jobs unless they can pay you less than Japanese folks or unless your work requires your particular language skills. The other one is that many Japanese companies, especially the big name ones with good career potential, have a particular manner in which they like to hire people and that is to get them fresh out of college so they can mold and shape their young workers to their liking.Getting regular office work of any sort is rare, and I had something about as close to that as I was going to get.

After teaching for two years at Nova in a working atmosphere with was factory-like and exhausting, I wanted nothing more than to avoid face to face contact with students. When I applied for my job at the correspondence lessons company, I was about 10 months into a painful recovery from surgery and looking for work. There was an ad for temporary work in the Japan Times which expressly advertised that it was a "nice break from teaching".

Working for Nova was an enormous experience in burn-out and the fatigue you can only know from having three passive people numbly peering at you for hours on end expecting you to drag information out of them or entertain them. You can't check out for a moment and your head has to constantly be in the game. I wanted nothing more than to have a job where it would be okay if my mind wandered occasionally, not to mention that I could get up and go to the bathroom any time I needed to instead of rushing it in between lessons.

One of the major reasons I stayed in my former job despite the bad treatment by the president is that I wasn't looking at the job situation in Japan outside of the company and thinking there was much on offer for me. The last thing I wanted was being drained again by hours of trying to coax words out of people. My view of the employment world was pretty binary at the time. I saw the only possibilities as my office job, or an English school "factory" job.

Beyond the desire to avoid what I felt was an unpleasant fate, there was the opportunity to do a type of work which allowed me to improve my skills. The school had two "busy seasons" in the winter and summer with a fair bit of slack time in the spring and autumn. Most of the other teachers would spend that time writing letters (by hand, it was that long ago), reading books or magazines, or twiddling their thumbs. There were photos of my boss sitting at the break area playing cards during such dead times.

For me, these were times to boost my abilities. Since both my husband and I were working during those early days and personal computers were increasing in availability and decreasing in price, I started to learn all I could about them. I learned to manage the OS on my Mac including how to repair and manage it as well as do networking. This was in the days before every 2-year-old could do that in his sleep. I started with Mac OS 7, after all. That was before they all started getting named after big kitties.

Beyond learning this new-fangled thing called "computers", I bought several pieces of Adobe's expensive desktop publishing software. I started with Photoshop then learned Pagemaker and finally Illustrator and GoLive (their former web publishing software). I didn't simply learn to tinker and play with the filters in Photoshop. I learned what all of that stuff actually means and why it's better to use Curves than Levels or Brightness and Contrast. I know why "Unsharp Mask" is better than "Sharpen" and exactly how it works as a numerical operation. I got certified as an ACE (Adobe Certified Expert) by taking a test in Tokyo on my own dime (which cost about $200 at the time).

As I mastered each piece of software, I moved on to the next. This was no small feat and took several years of pushing my skill level. The down time during the non-busy season was ideal for doing this and it had the benefit of adding to my ability to make textbooks for the company. They had enormous black and white drawings that they used to illustrate the books, but the files were so enormous that the printer could not manage them when the books were published. I learned to rapidly convert them to vector images using special techniques in Photoshop. This shrunk the file sizes down to manageable levels.

The fact that I could qualitatively improve my life based on the schedule my job afforded as well as do better for that job and at it was probably one of the single biggest reasons that I hung in there. That being said, there was a much, much bigger reasons. Saying that is my cue to say that this will be continued next time. ;-)