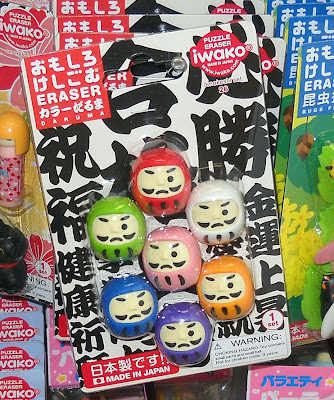 Note: This is a continuation of a post from last week. Part 1 is here.

My former company was established in the same year as Apple computer, 1976. It started as a dinky operation in a rundown part of Nishi-Shinjuku and expanded along with Japan's economic bubble. Mr. and Mrs. O, as we often referred to the president and his wife, had an idea for marketing correspondence English lesson packages based on his experiences selling similar concepts for Time-Life.

It was interesting for me to note that the Mr. O had essentially stolen the concept from a bigger company when he worked there as a salesman. During my tenure at the company, there was always talk about their "know how". It was spoken about as if they had some special secret formula for success that, if it were shared, would spread like wildfire and other companies would copy it and consume some of the vast market that they dominated. The core idea of the company was actually pretty silly and ineffective, but they subscribed to the illusion that this was the all important edge that helped them succeed where others supposedly failed.

The "big secret" which they didn't want anyone to know was not really much of a secret since anyone who bought a lesson package from them would learn of their core concept. Mrs. O, who created this concept, believed that the best way to master English was to memorize a long list of "basic sentences" and then use those for conversation. Each of the three courses (beginner, intermediate, and advanced) that the company sold contained these 260 "basic sentences" and students were encouraged to listen to them on cassette (later, on CD) and repeat them over and over until they were seared into their brains like a second-language-cattle brand. Supposedly, this would magically impart a better degree of fluency.

In reality, the sentences were pretty useless for anything other than selling people something they were comfortable with. My boss, an Australian possessed of far greater patience than most, tried for many years to convince the Japanese staff that this concept was as stupid as it sounds. Eventually, one of the salesmen, Mr. S, told him the truth. He said that they knew that it didn't work in helping people learn English, but it was a method which with Japanese students were comfortable based on the way in which they have to memorize facts in the school system. It didn't matter that they didn't get squat out of it. What mattered was that the concept was one they were familiar with and were therefore more likely to buy.

Mr. and Mrs. O would never admit what Mr. S did about the concept. It was very much a case of the Emperor's new clothes. All of the salespeople knew he was naked, but they weren't about to inform him of this truth. The salespeople only cared about the fact that they could get companies to buy these lesson packages, and, for many years, they did.

It's important to note that my former company did not sell its lessons to individuals. Most of the people who study English in Japan are those going to English conversation schools (eikaiwa) or attending kindergarten to 12th grade. When you hear English teachers talk about their experiences, 99.9% of the time, they are talking about these types of people. My students were very different than the usual.

The company sold their packages to corporations. My clients were not bored housewives, sleepy businessmen lamely prepping for work abroad, or junior high school students hoping for an edge in the college entrance exam game. They were usually from one of two groups. They were either working at a major manufacturer or in their last year of college and preparing to do so in the coming year. When they were the former, they provided me with a wealth of insight into a part of Japanese business that most people never have a chance to receive. My clients worked for NTT, Toyota, Toyo Ink, Omron, and a host of lesser-known, but very important names.

The sales concept was about going to one of these big fish and selling an enormous number of these fairly expensive lesson packages at once. If the company hired 300 new employees a year (and many did), the salesmen wanted to get them to buy 300 packages to train them. When I started working at the company, each package, which included a largish professionally printed textbook, several cassettes, a small booklet with the 260 basic sentences, postage-paid envelopes, and 4-page essay booklets for homework in a very smart-looking plastic case with an interior molded to hold everything in place, sold for around 30,000 yen (about $300). Each of these big clients represented an enormous chunk of revenue and, at that time, those companies had money to burn and our salesmen were right there with a handy lighter.

The company's success wasn't only based on the economic bubble and appealing to comfortable learning methods, it was also based on tax codes and loopholes. For a period of time that I am uncertain about, the Japanese government encouraged companies to educate employees by compensating them for the costs of doing so. If a company's training package met certain criteria, a business could get the taxpayers to splash out for a piece of the cost. This was all part of the great socialist wheel that turned in Japan and helped keep unemployment numbers low and small companies with dubious concepts afloat.

Mr. O had three or four large documents framed and mounted on his office wall and I asked what they were one day. They were his proud display of certifications that his company's lessons qualified for the tax break status. I was never sure why the president was sufficiently proud of the fact that one of the reasons that he could sell so many lessons to the corporate world was that they could fleece the public for part of the cost, but there was a lot about that old duck that was idiosyncratic, and I'll get to that next week. (to be continued)
Posted by Orchid64 at 8:00 AM