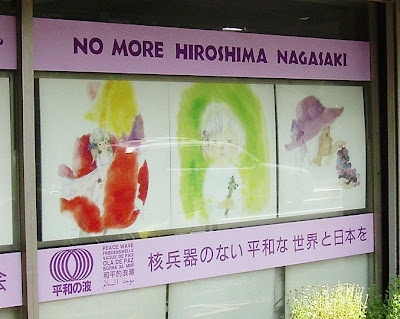 If you've been reading this blog for awhile, you know that I'm a person who favors balanced perspective. I have mentioned "yin" and "yang" many times in posts and I find it far more difficult to believe in the starkness of "good" and "bad". I think that the world would be a far better place if we taught people perspective-taking in school. By that, I mean that we helped them place themselves very effective in the shoes of another person rather than simply adopt an attitude that they stand on the better, higher ground.

One enduring frustration for me since returning to the U.S. is how reactionary people can be and how incapable they are of seeing value or validity to opposing viewpoints. It's as if people feel that understanding an opposing viewpoint is the same as accepting it and choosing not to change the world. I wrote a post about gun control in which I said I understand where such thinking comes from. I don't believe it comes from a fundamentally "evil" or "wrong" place, but from a perspective that I personally do not embrace. That doesn't mean I won't continue to oppose personal gun ownership, but simply that I know why people feel the way they feel and it's not because they are stupid, mean, inherently violent, or inferior in their critical thinking skills.

If you truly want to be open-minded and embrace the complexity of life, you cannot paint things as being all black or all white. In fact, I think we do our children a disservice for their futures if we indoctrinate them into such thinking. Generally, I felt that Japanese people were better at perspective-taking than most Western folks (and Americans in particular), but the huge acceptance to this was anything related to World War II.

There's a South Park joke about how the Japanese talk about the atomic bombs as if they were standing around minding their own business when America just decided to annihilate a bunch of them. That joke comes from the fact that Trey Parker spent some time in Japan and studied Japanese (and possibly also because his former wife was Japanese). He had some insight into the highly polarized and biased way in which Japan teaches its children about WW II. Trust me when I say that American kids aren't being taught that what the U.S. did to Japan was a good idea. They are well aware of the horror that resulted and as many (if not more) Americans are prone to viewing the bombs as unnecessary as necessary. In Japan, well, South Park got it right.

I continue not to miss the culture of victimhood that surrounds the way in which the war is regarded and the way in which it presents a one-sided view of history to Japanese children.
Posted by Orchid64 at 8:00 AM