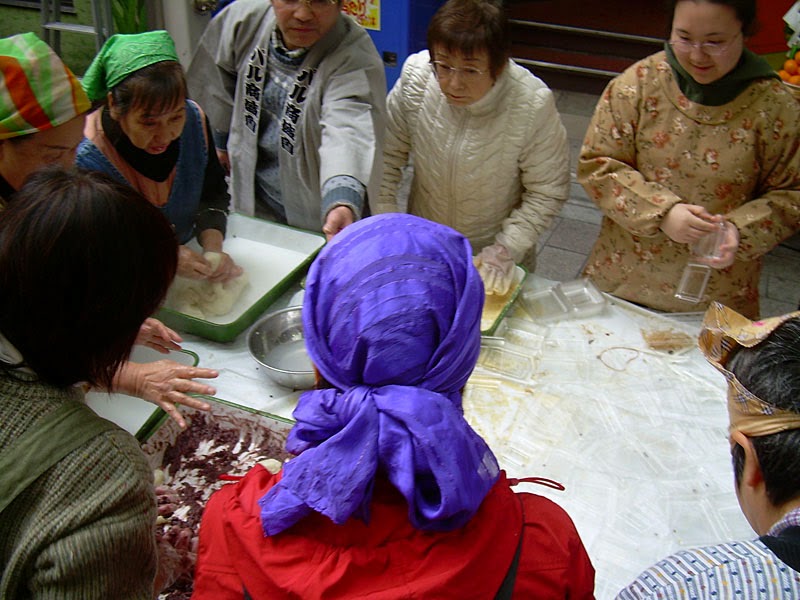 During my recovery from depression after quitting my long-term office job in Japan, I was looking around trying to figure things out. I wanted to feel "normal" again. In fact, I wanted to actually be "healthy" and I started to attend to the way I saw Japanese people live their lives. I figured that they seemed to be doing okay. They knew what they were doing to live life as best they could despite some of their societal issues - issues that often made women less empowered than men and put them in relationships which were more like business deals than romance. Whether or not they knew how to keep their act together or not, one of the things I took note of was that most of the women were active pretty much all of the time. I particularly noted that my neighbor's wife seemed to be a acting like a bee in a hive all of the time. She was always buzzing around doing something.

This was the first step I took toward making some sort of serious change. I decided that I was going to push little by little past the lethargy I felt both physically and mentally and start just getting up and doing whatever I could as often as I could. Mind you, I was taking care of the house, shopping, and cooking, but not any more than minimally necessary to get by. I started to do better and more.

By the time I returned to the U.S., I was a dervish. I rarely sat around doing nothing. I was cooking from scratch all of the time, cleaning, and offering to do whatever needed to be done for others. If I had to sit around for awhile, I got antsy so I took walks. People remarked on how I didn't sit down much. The truth is that, I prefer it this way. I think it's better for me, not as a distraction, but because I feel more alive than I would if I sat around staring at the T.V. or playing around on the computer for hours. Frankly, I can see why Japanese people sometimes view Americans as "lazy" by comparison.

I think that I learned something from Japanese women and I appreciate it to this day. I miss seeing those women who were constantly on the move.
Posted by Orchid64 at 8:00 AM