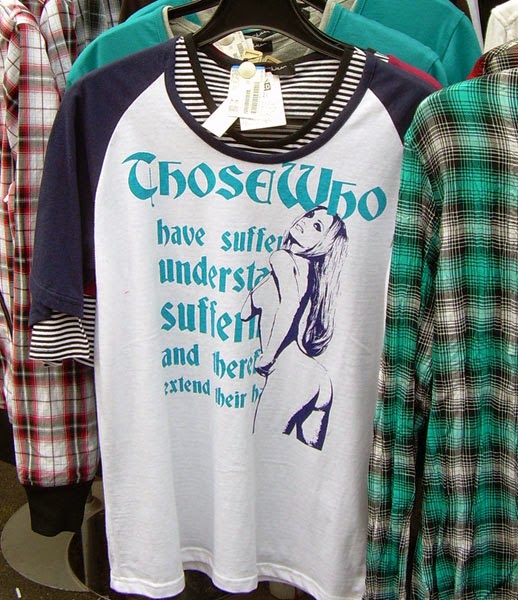 Have you ever seen one of those old detective stories in which a cop asks someone "Where were you on the morning of March 20, 1995?" Most of the suspects haven't a clue what they were doing and, if enough time had passed, they also would have little idea of where they were. We only remember where we were on specific dates is something special happened. I remember exactly where I was on the morning of March 20, 1995 because something very unusual indeed occurred.

Those with a head for dates already know that I'm referring to the date of the sarin gas attacks carried out in the Tokyo subway system. It was a Monday. I remember this very well because that Sunday and Monday were my days off from work and I generally stayed in my home area and avoided trains on Mondays. I wanted nothing more on that day to blissfully stay home and relax as I so often did, but that wasn't the way things were going to be.

I had a doctor's appointment in Hiroo that morning, however, and had to get onto the subway, the Marunouchi line, that morning. I dreaded not only going to the doctor because nobody likes going to the doctor, but also the profound physical pain that was going to accompany the trip. I was subjecting myself to medical treatment in service of my terrible back pain and it was always arduous enduring the walk as well as standing on super crowded trains. I knew that I had a great deal of agony ahead of me.

My appointment was rather early in the day, around 9:15 or so, and I'm one of those nervous types who likes to be no later than 15 minutes early. My husband is the sort of person who thinks that there's plenty of time if he believes he's got a minute to go before the train arrives. It has been a bit of a tug-of-war between us to find the happy medium between his pedantic adherence to punctuality which leaves no margin for the unexpected and my neurotic and paranoid desire to be early in anticipation of everything going wrong. On that Monday morning, "everything" did go wrong.

My husband's tendencies resulted in he and I leaving the apartment eight minutes later than I'd hoped to go. That meant that we missed the train I wanted to take to Hiroo and were one later. This meant my window of making the appointment was narrowed down to being "only" about five minutes early. It's important to note that my concerns weren't entirely due to a personality quirk. With my back pain, I often needed to find a spot even on a short walk to stop and rest to recover from the pain. I sometimes needed that extra time for good reason.

As we hustled out the door, I was more than a little angry at my husband for making us miss the train I wanted to make and very stressed out. I'm sure I was snarky with him and generally in a terrible mood for all of the aforementioned reasons. It turned out that my husband's lateness on that day may have saved our lives.

When we reached Ebisu station, everything stopped and there were crowds everywhere. We couldn't understand the announcements or what was going on, but things were utter chaos. All we knew was that we were stuck there and couldn't make our connection to the Hibiya line. It was also impossible to get a cab to Hiroo from there because of the stranded throngs. At that point, we didn't know the bus routes well enough to hop on one so we walked to Hiroo in a great state of annoyance.

As we headed around the block toward the clinic's location, there was a bakery with a T.V. on. There was an enormous crowd of people in front of it watching something, but we had no time to stop and see what it was. We knew something was going on, but we didn't know what. My husband said he suspected it related to what happened with our subway train.

When we arrived at the clinic, I profusely apologized for being so late, but they were quite nonchalant. They said something had happened and no one was getting there anyway. The doctor saw me and we had to figure out a way to get home using JR (the train line) and avoid the stopped subway.

It wasn't until a little later that we found out all of the details of what we'd barely missed being a part of. Had we made the train that I wanted to make, there was a good chance that we may have been on one of the exposed trains or in a station at which it stopped and station personnel were handling the packages.

I read later that a man who worked at one of the stations had picked up one of the paper bags and tossed it in the trash because he didn't know what it was. He later died because of his contact with the poison. The tiniest amount can kill and that poor man was just doing the job he did everyday keeping the trains tidy for the fastidious Japanese commuters and he paid with his life. Even if we hadn't been on the train itself, being in one of the exposed areas (like Shin-Koenji station) could have had a terrible effect on us.

I sometimes think back on that day and how fate kept us a few steps behind the worst of things either as more direct witnesses or as potential victims. I'm a lot less hard on my husband now for making us "late" and a lot less uptight about being early. The fact that I never went out on a Monday morning and probably hadn't done so for years at that point made the close call even more chilling and I haven't forgot that either.

The thing which has stuck with me the most though, and what compelled me to think back on this memory and write this post was the change in everyday life that followed. Because the attacks were carried out by placing newspapers wrapped around plastic bags of sarin gas (which were then punctured with the tip of an umbrella), the stations started telling everyone to immediately report any packages or items left behind on the trains. A random magazine left on the rack above the seats could incite fear and paranoia. An abandoned plastic shopping bag with the remains of someone's lunch that was abandoned by someone too lazy to find a trash can could compel one to walk from one car to the next one.

For many years after the attack, "wasuremono", or things left behind or forgotten, created an atmosphere of concern and paranoia. Signs were put up on the trains and stations warning people not to touch them and to inform personnel immediately. I don't remember at what point this sort of instruction stopped being issued, but it was definitely not for quite some time.

Recently, I was taking a walk around the park in order to clear my head. I do this at times to help me write. Creativity does not generally flourish in a state of mental chaos. As I exited the park, I walked through a parking lot. In the middle of a certain open area, there was an unlabeled red and black box. It made me sufficiently paranoid that a bomb might be in it that I walked more quickly out of the park.

Though my rational mind knows that it was a box left behind by someone who took part in the Fourth of July festivities earlier in the week, the irrational part is thinking "probably", "maybe", "most likely" instead of "definitely". I have no doubt that this was the mental tattoo left on me as a result of the sarin gas attack. It may fade as time goes by, but I don't know if it will ever completely disappear.

****
A little reminder that a previous post contains a contest to win a free (and beautiful) book about Japan. Check out the last paragraph or so and leave a comment to enter. The contest will end on July 25, 2014.
Posted by Orchid64 at 5:44 PM