Random Thoughts: The Curious Relationship Between Fish and Aggression 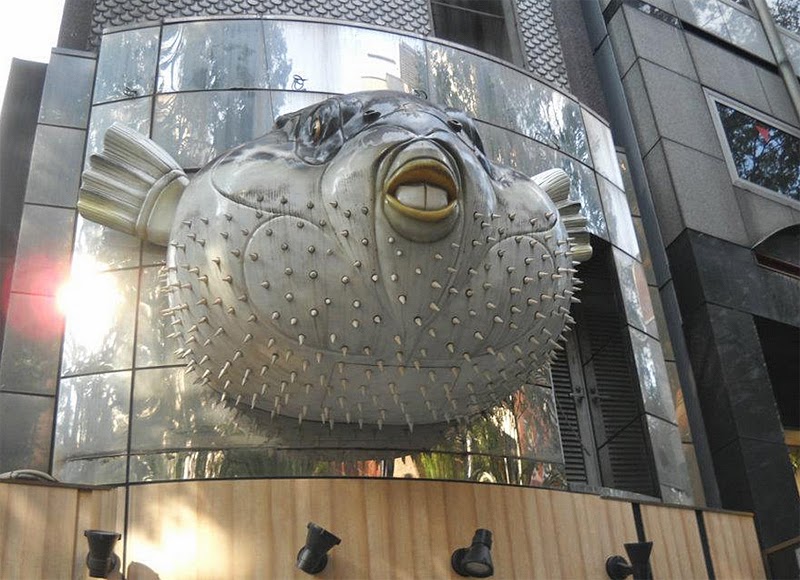 My mother was (and probably still is) a terrible cook. When I was growing up, I was taught that meat of any sort was not safe to eat unless it was cooked until its texture was close to shoe leather. To this day, my father will not eat a piece of meat if any sort of juice runs freely within it. Chicken in particular was considered a potential source of food poisoning unless all of the moisture was cooked out of it and the exterior was similar to jerky.

You may believe that I am exaggerating. My sister, who has the unfortunate task of living with and caring for my aging parents, would support me in my contention. She still has to contend with their notions of what "properly cooked" means and it complicates her life when it comes to meal preparation. While she'd like not to resemble a crazed wolf tearing at a carcass while eating, the level at which meat must be cooked in order to satisfy my parents requires her to contend with levels of toughness which give the jaw a good workout and wear down tooth enamel.

Because I grew up with the idea that anything close to raw (or not cooked to death) would expose one to fatal food poisoning, it took me many years in Japan before I'd eat anything that was raw. Even now, I'm a bit repulsed by the notion of raw fish or egg and eat it with a small amount of trepidation. I no longer believe it's unsafe, but the quivery look and texture are not things which I grew up feeling were a part of a great eating experience. This is one of the reasons I'm not crazy about sushi and sashimi, but the truth is that I've avoided even cooked fish for most of my life.

My family did eat fish on occasion. Because we were so poor (and we actually were really poor - the sort where you ran out of money for food and had to scrounge for change or things to sell off in the pre-eBay era), the fish we ate rarely came from a store. It generally came from a river or lake. We didn't eat it very often even though it was, ostensibly, free, because my father wasn't the world's greatest fisherman, the lakes and rivers weren't well-stocked because it was nature's way or nothing, and my mother hated cleaning it. I don't know if you've ever had to gut and scale a fish, but it is pretty gross. The inside of a fish smells about a hundred times worse than the outside and the exterior is no trip to the perfume counter at Macy's.

Beyond the gutting and scaling issues, there was the fact that not all fish is created equal in terms of taste and texture. The type of fish that my father could catch, freshwater fish, is supposedly a lot less tasty than saltwater varieties and I have to say that I never enjoyed eating it. Any time my mother baked a fish, I'd opt for grilled cheese because, beyond not tasting great, I hated picking out all of those tiny bones.

One of my students once said that her husband went fishing and, when I asked her if she ate the fish he caught, she said that he caught and released because she didn't like the taste of freshwater fish. She said the saltwater has an effect on the flesh such that it's better, but, being no fish expert, I merely took her word for it and concluded what I often have about tastes and cuisine. That is, people like what they grew up eating and Japanese people grew up eating a lot more fish than me.

I've spoken before on this blog about how I think the Japanese diet is over-rated in terms of health, but it can't be denied that the composition of their diet is much heavier in seafood. It's important that I hasten to say that this is not because they are such health-minded people who take care to eat nutritiously, but rather because they live on a tiny island with a lot of accessible water and rather hard going when it comes to farming in certain places. They eat fish because their ancestors could survive on it more easily than other things. It was essentially the lowest hanging fruit when it came to food. The cuisine developed around what was available, not around what was best for their bodies. This is the case with every country.

It is quite serendipitous on many levels that the Japanese food culture is so saturated with fish consumption. Most people know that it is a good source of lean protein and essential fatty acids. Only a tiny handful know what I have learned only recently and that is that eating fish, especially if you are a pregnant woman or a young child, decreases the likelihood that you will grow up to be a violent adult. Yes, you read that right. The brains of people who are gestated by women who eat diets rich in Omega-3 fatty acids (which are available commonly in fish and dark, leafy greens - including kelp and seaweed which are also a part of the Japanese diet) and who eat such food as children have a far lower chance of growing up to have the type of brains that aggressive and violent people do.

I'm not going to go into the structural information here because I'm sure it'd bore readers to tears, or confuse those who aren't into reading about the specifics of brain chemistry for fun. If you want the details, you're welcome to read what I've read from Adriane Raine. If you don't want to buy his book, The Anatomy of Violence, check it out of your local library and read chapter 7 ("A Recipe for Violence"). He talks about a great many factors which go into breeding people with a propensity for psychopathy and violent behavior and the picture is eye-opening. It's not only about fish, but the Omega-3 fatty acid connection is pretty strong, as are factors like smoking and alcohol during gestation and income inequality.

I have always felt that Japanese society was less violent because they have relative income parity and the gap between the "haves" and the "have nots" was pretty small. That is a piece of it (and studies support that), but it could also be that poverty brings other aspects along with it such as poor nutrition in essential areas that make American brains more prone to violence and self-control. Reading his book has confirmed something I've believed for a long time and that is that we create the society in which we live.

By not attending to the needs of people at the bottom of the economic scale and insuring that their children are well-fed and cared for, we create criminals on a neurological level. It's not that they are making a bad choice and we are making good ones, but rather that they have a fundamental lack of ability to make the better choices because of all of the factors that went into their upbringing. What is more, their brains are such that it's too late for them to change these tendencies later in life. You can't undo the damage once its done anymore than you can reverse brain damage from an accident (and I'll resist the almost knee-jerk explanation about what happened to Phineas Gage here).

After reading The Anatomy of Violence, I'm left with the rather stunning possibility that Japanese people are fundamentally gentler and more passive than people in other cultures because, at least in part, their exposure in utero and in youth to fish and the Omega-3 fatty acids they offer built brains that make them less aggressive. A piece of that is culture, but I have to ponder if that culture is informed by a nature that was bred in them as a result of what they eat rather than who they are. That is, their culture advocates passivity to some extent because they are inclined that way rather than they are inclined that way because of culture. It's a fascinating piece of the cultural puzzle. The evidence is quite compelling and, if I were to ever get pregnant (not bloody likely), I'd be certain to eat fish as much as I could stomach despite my general lack of affinity for it.

A little reminder that my previous post contains a contest to win a free (and beautiful) book about Japan. Check out the last paragraph or so and leave a comment to enter.
Posted by Orchid64 at 10:31 AM