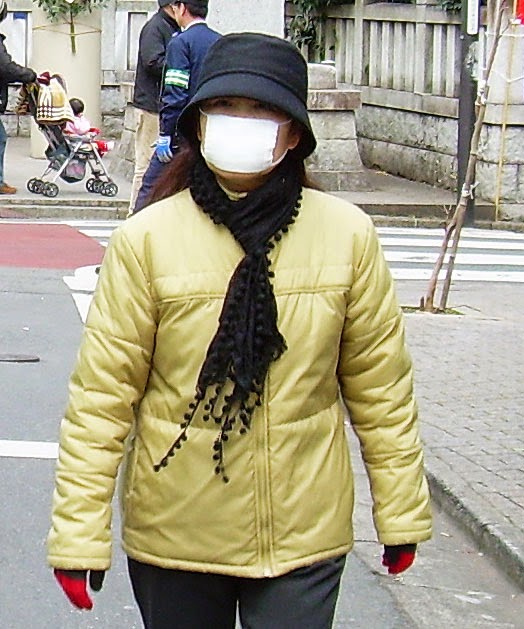 One thing I have realized since coming back to the U.S. is that cultural context truly matters. This is something I've pondered in relationship to the debate over face-obscuring hijab or burkas being worn by women in the name of their native culture. In America, a country in which there is a fair bit of crime, covering ones face in a manner which obscures identity is a very different kettle of fish than it is in cultures in which there is less crime or crime in which identity is obscured.

In Japan, people wore surgical masks regularly to protect themselves from the flu or colds or to prevent allergens from getting through during certain seasons. In the context of Japanese society, which has little crime and people rarely rob and cover their faces to hide their identities, the wearing of such masks seems cute, quirky, and endearingly paranoid (if paranoia can be seen as "endearing"). Everything I read framed it as less than "useful", but I think the jury is still out on that.

I find that I not only miss how seeing the masks made me smile a little inside, but also knowing that I lived in a society in which covering one's face in this fashion was not seen as any sort of problem as it did not link potential criminal behavior.
Posted by Orchid64 at 5:44 PM