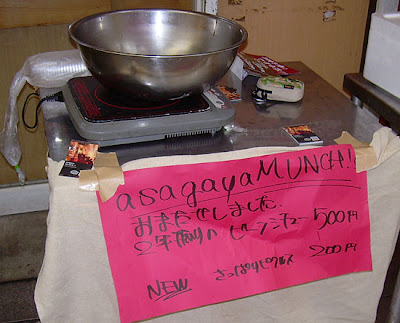 I like to cook, and I follow several cooking blogs and a few forums. There is something that drives me crazy and that is people who use Japanese words instead of perfectly reasonable English equivalents because they're trying to sound like they know something other people don't. They're the types who like to toss around words like "umami" when they could say "savory" or "meaty" or who say even dumber things like "panko breadcrumbs" (which, incidentally, means "breadcrumbs breadcrumbs") instead of "Japanese breadcrumbs".* I don't have a pet peeve about Japanese words that are used when there is a lack of an adequate English equivalent, e.g. "sushi","miso". I only get irked when I sense that people are are going out of their way show off their knowledge about food by tossing in Japanese terms unnecessarily.

I'll miss hearing Japanese cooking terms because that's the language being spoken rather than because someone is trying to show off their culinary sophistication.

*When participating in such (English language) forums or commenting on web sites, I never use Japanese words when serviceable English is possible.
Posted by Orchid64 at 12:15 AM