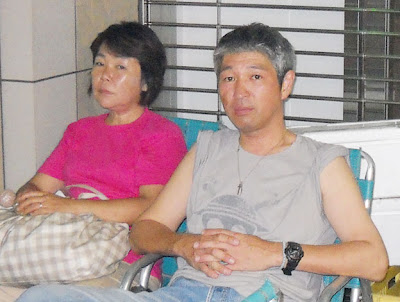 The Japanese are generally a modest lot, sometimes, far too modest. When speaking of their spouses, they feel almost obliged to never "boast" about his or her positive attributes and to talk up negative qualities. You're far more likely to hear a woman talk about her lazy, selfish, childish husband and a man talk about his fat, incompetent, messy wife than hear even the slightest complimentary word. In fact, it's seen as poor manners to say things like your wife is a fabulous piano player or that your husband is a crackerjack repairer of computer systems.

I realize that this is a cultural difference, but it makes me uncomfortable both to hear such unkind things (even when they are almost certainly not sincere) and to consider the fact that it means people aren't giving their spouse their due out of societal obligation, and I won't miss it.
Posted by Orchid64 at 12:15 AM