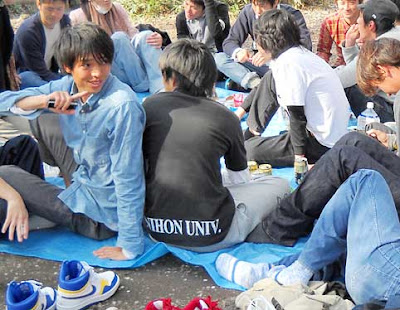 The Japanese are considered to be some of the most educated people in the world and are thought to study harder than anyone. The truth is quite a bit further from that. Japanese universities are widely known to be little more than playgrounds where people "rest" between the crush of studying for entrance exams in their lower education years and the oppressive days ahead as company drones. They sleep in classes, write anemic papers for academic requirements, take tests with open texts, and spend most of their time in various clubs (tennis being one of the most popular). They walk away with a piece of paper in most cases, and little else. What is worse is that based on the name of the university and little else, they are capable of gaining status and good jobs. Their actual capability and intellectual capacity aren't factored into their future, only the name of the school.

I won't miss the vacation spots which are Japanese universities, and the fact that most of the people who attend them don't walk away greatly more educated or mature for having gone to them.
Posted by Orchid64 at 12:15 AM