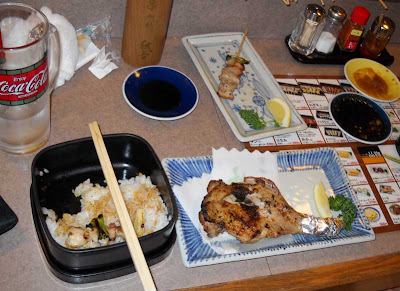 Cultural customs and habits are a reflection of a country's culture. Even small things like the custom of tipping in the United States tell you something about the priorities and expectations of the people. In the U.S., tipping is the way of empowering the customer and giving more control over the meal's expense (often at the expense of the servers). In Japan, the custom of "otoshi" or a "forced appetizer" (sometimes referred to as a "table charge") reflects the passive nature of the Japanese and their willingness to place power in the hands of others. Many bars (izakaya) or places that serve alcohol will add a charge of 300 yen (about $3) to your bill and serve you an unrequested appetizer with your beverage. You don't order it and you have no control over what it is that you are given. You don't have to like it. You don't even have to eat it, but you have to pay for it and you can't refuse it (or at least the Japanese en masse very rarely, if ever, do so).