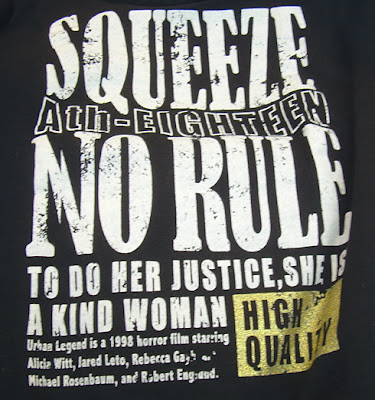 One of the things in life that I'm naive about is the idea that sometimes it's better to lie. That idea has been strongly and boldly underscored to an incredible extent while living in Japan. A big reason for this is that telling the truth will gain you nothing. Lying, even when it's obvious that you are doing so and and as transparent as glass, gets you a free pass. This is because the lie removes responsibility for breaking a rule when you're dealing with bureaucratic situations. As soon as you admit an unfortunate truth, there is zero flexibility as the bureaucrat will say "kisoku wa kisoku da" or "a rule is a rule." There is no logic or flexibility, not because the person you are dealing with inherently lacks such things, but rather because they don't want to get in trouble for taking even trivial matters into their own hands and being responsible for a decision. In no situation was this more sadly illustrated than the circumstances after the Great Tohoku Earthquake in which vital supplies were either turned away or refused to be dropped because of "kisoku wa kisoku da".

I realize that absurd adherence to rules is by no means confined to Japan, but it is much more the norm here and the way in which lying is essentially encouraged because of rigid "a rule is a rule" thinking is something I won't miss.
Posted by Orchid64 at 12:15 AM