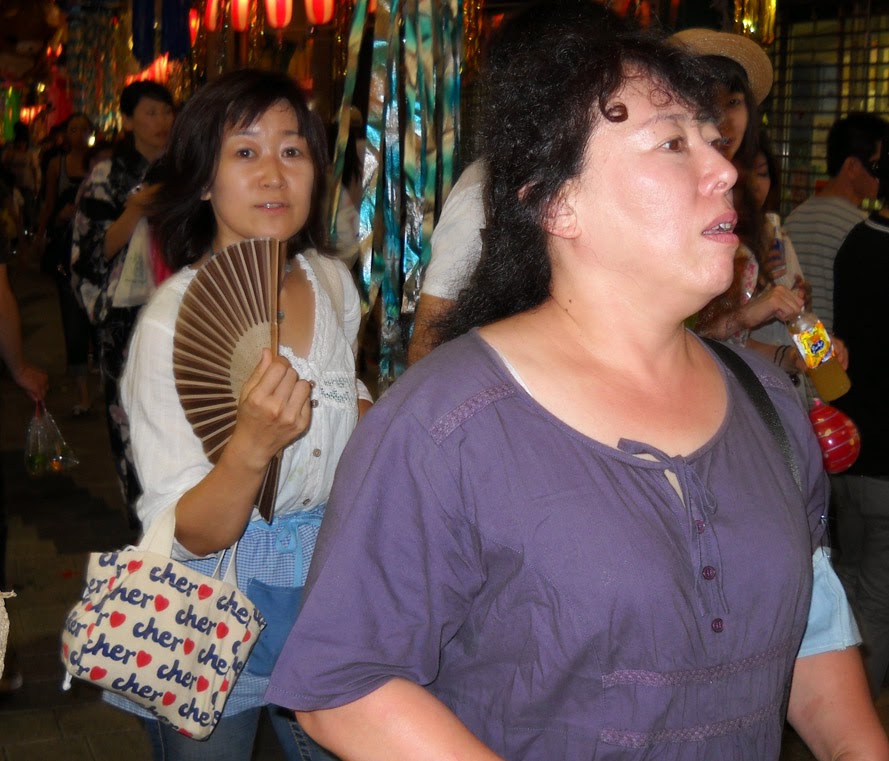 I knew when I returned to the U.S. that I would not be finding myself walking into markets and sweating. I also experienced more than one student who told me that they didn't like shopping in America because the shops were always "freezing". I dismissed this as the typical Japanese female sense that any temperature lower than 80 degrees F./27 degrees C. was downright Arctic. Well, I was wrong.

I was shocked when I returned and found that the markets here really are freezing a lot of the time. It was not like this when I lived here prior to my move to Japan. I'm not sure what is going on, but the rather grimmest of ironies is that the Asian markets including the Japanese ones that I frequent are the coldest markets of all. I cannot explain this turn of events, but I can say that my husband hates to be hot and often freezes me out in the summer with the air conditioning, but even he gets too cold in the frosty markets here. He actually had to step out of a Chinese market once due to the discomfort level.

So, while I hated the extremely hot spaces in Japan (and the setting of thermostats in summer to temperatures which were quite hot), I'm not sure that I'm experiencing any better here. If I had to choose between roasting or freezing (not a great choice), I guess I'd have to say it's still better to be too cold because you can wear a sweater, but I am thoroughly baffled by the extremes. I don't miss the hot shops in Japan, but I'm also not a fan of the frigid ones here either.
Posted by Orchid64 at 8:00 AM