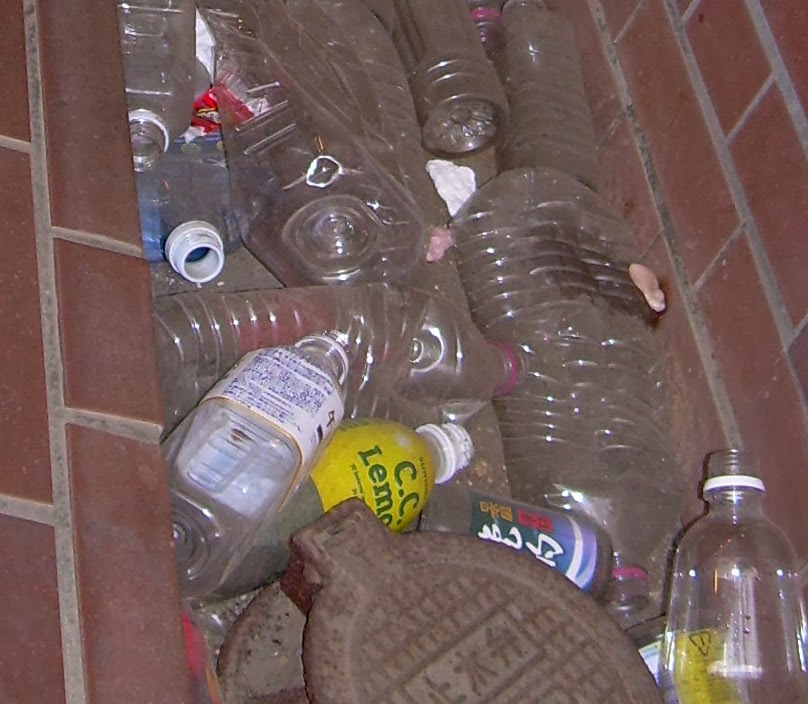 When I was growing up, my family lived in the boonies. Well, speaking more accurately, we lived in the midst of strip mines. I mean that quite literally. There was a coal tipple about a five-minute walk in one direction and sludge ponds and processing machinery as well as a cargo train loading area about a ten-minute walk in the other direction. Enormous coal trucks rumbled up and down the dirt road next to our house all day, nearly every single day.

This situation kicked up loads of dust. My sister had asthma and my mother was constantly calling the people in charge and yelling at them to oil or water the road to keep the dust down. Our house, when the windows were open, was always instantly covered in dust from the kick-up. Eventually, the roads were paved, which brought on a whole other problem in winter when they became icy and slick and our cars couldn't get out of the driveway without sliding down the steep hill that our house was situated on.

In Tokyo, it wasn't quite as bad as it was at my home, but I recall more than one day in which I dusted and could run my finger through a fresh layer of dust by the end of the day. Part of this was the pollution in the air, but another part of it was the construction of the apartment and living on the first floor. The entire place was made with materials that seemed to be deteriorating at a rapid pace, and the not infrequent earthquakes were just making it worse.

Where I'm living now, it actually takes days for dust to appear. It's the first time in my life that I've lived in a place in which I'm not having to wipe down surfaces on a daily basis or risk a thick blanket of dust forming in a short time. I still don't miss the "instant dust" that I experienced while living in Tokyo.
Posted by Orchid64 at 8:00 AM