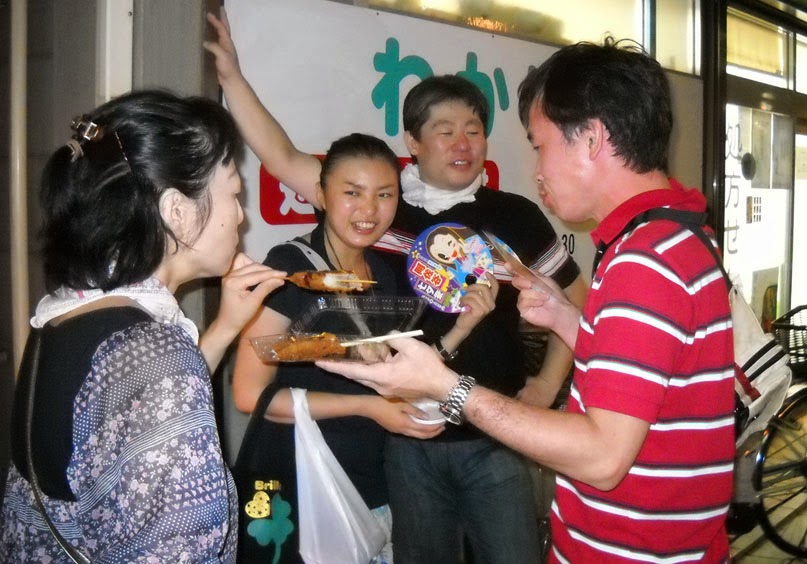 This isn't a festivel. It's an "outside party".

Sometimes, you are irked by something not because there is any reason to be so, but just because you have some idiosyncratic and utterly illogical response. The use of the words "home party" to describe what is essentially a common get-together with friends at ones home in America used to really annoy me. I knew that this was a Japanese-English invention meant to explain something that was not common in their culture, but it always made me think that the Japanese believed Americans were having a grand old bash on a regular basis with their friends. The more annoying things was that I could not break students of the habit of using "home party" and replace it with the more appropriate "get together".

I don't miss students telling me that Americans have "home parties" all of the time.
Posted by Orchid64 at 8:00 AM