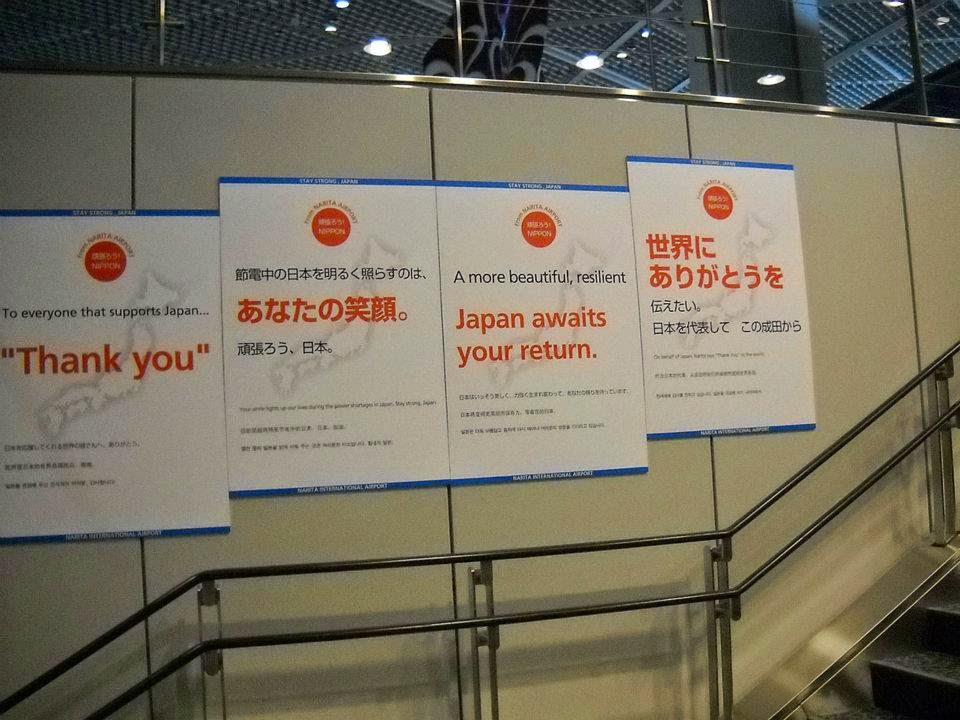 I wish that I had written my memories of the last weeks in Japan shortly after I'd lived them. Two years down the line, there are things I remember with perfect clarity and things that I'm sure have slipped away. The same goes for my early experiences after returning to America. There were some very important things which happened when I had just gotten back that I wish I had taken the time to type out, but I think that it was just too difficult to manage emotionally. Even now, two years later, it's a chore for me to go back to those last moments. It has been the case on more than one occasion that writing about my memories has brought  me to tears and I'm sure the writing on some of these posts has suffered for it.

The final day in Japan is still hard for me to write about and I don't know if I can really make others understand how difficult it was to just let it all go. I can say that I knew something for sure that I can't easily make others completely comprehend. That was that I knew without a doubt that I would never live in Japan again and I was nearly as certain that I'd never go back there again for any purpose.

I've talked about that sense - that strong feeling of knowing - with others and they have generally misunderstood what I've meant. They seem to think I'm saying I don't want to go back or don't feel I can afford to. It's not that at all. I want to go back. In fact, I'd love to go back again, but I knew in my gut that the chances that I'd ever set foot on that island again were infinitesimally tiny. This "knowing" amplified my grief in the last day. It wasn't simply a "see you later" or "maybe... possibly... ", but it was "I'll never see you again." The book of my life there was finished and no new chapters were going to be added on. Everything that has happened since my return to the U.S. has confirmed this and I have not for a moment felt otherwise. What I want is not a part of the equation, but rather what I "know".

I had my last twenty-four hours completely mapped out long before the day came. As I mentioned in the previous post, I wanted to go to Akiyoshi for our last real meal and I wanted to wake up and walk around and have "choco cro" for breakfast. Those two things accomplished, it was time to face getting in the cab and heading away.

The landlord and his wife were incredibly kind and supportive of us that final morning. They helped us haul our four enormous suitcases out and put them in the cab. I am a person who believes in mindfulness of experience and not simply blowing past life or sleepwalking through it. This has not only helped me as a writer, but also helped me understand the world. The last thing I did was purposefully look around our home of the past 23 years and take in the atmosphere that it held for us. It was, as could be seen in the previous post, dirty and decimated of most of its belongings with nothing but trash left behind. It was also as or more familiar to me than the home I'd grown up in as a child.

I'd spent 24 years of my life in the same place in rural Pennsylvania and 23 years in which I was much more self-aware and verbally capable in our apartment in Tokyo. How could it be any less of a space that I'd strongly identify with than my family home? It wasn't. It was more of a "home", especially since my childhood home had long been sold and plowed to the ground and covered over with earth during my long absence.

I looked out the window of the bedroom where the osmanthus tree had grown, bloomed, and aged during our stay. The tree had some weathering or bark loss on the side that faced our bedroom and I always felt it had absorbed some of the negative energy of my life from the frustrations I'd felt living in Japan and taken on some damage. It also gave up its fragrance every autumn and reminded me that, though I lived in a concrete box, nature would find a way to be a part of my life.

The window behind the living room showed the view of the noisy old neighbor's entrance. I thought about how they'd stood out there so many times having loud conversations punctuated by "ne" so many times that it seemed as though that word constituted a quarter of the vocabulary. They also banged around their miniature garden and loudly snapped shut their screen door more times than I can remember, yet I never got used to it or learned to tune it out.

Of course, despite its poor condition, I looked at the space itself inside the apartment. I loved that small space and the way that it was shaped like a square and had sliding doors that opened or closed off compartments as needed to capture heat or cool air according to our needs. I loved how it was small, but felt bigger than it was. I loved that I could always feel my husband's presence no matter where he was and the sense that he was never very far away from me. Most of all, I thought about how much we loved each other and whether or not any of the positive energy of two people who felt passionately about each other would have embedded itself in the walls or the earth. We knew that nothing materially would be left behind, but would anything energetically remain for the next inhabitant?

As I stood at the door giving it a final look, I started to cry and cried all the way to the cab and during the loading of our things. The landlady looked at me sobbing away with such compassion and kindness that it made me weep all the more. We had always had a very cordial and formal relationship with the landlord and his family and I think that was the first time that we connected on a profoundly emotional level that quite clearly made us all humans rather than partners in a contractual relationship.

The cab drove along a route with which I was extremely familiar. It was along Ome Kaido avenue from Asagaya to Shinjuku. I'd traveled this path hundreds, possibly  over a thousand of times in 23 years and walked or ridden a bike the entire length dozens of times. When the big quake hit on March 11, 2011, my husband walked home along that large street. As the cab made its ways, I intently watched every building as it went by in an attempt to burn the experience as deeply into my memory as possible. I can still recall with perfect clarity how it felt as I watched those all too familiar buildings go by. 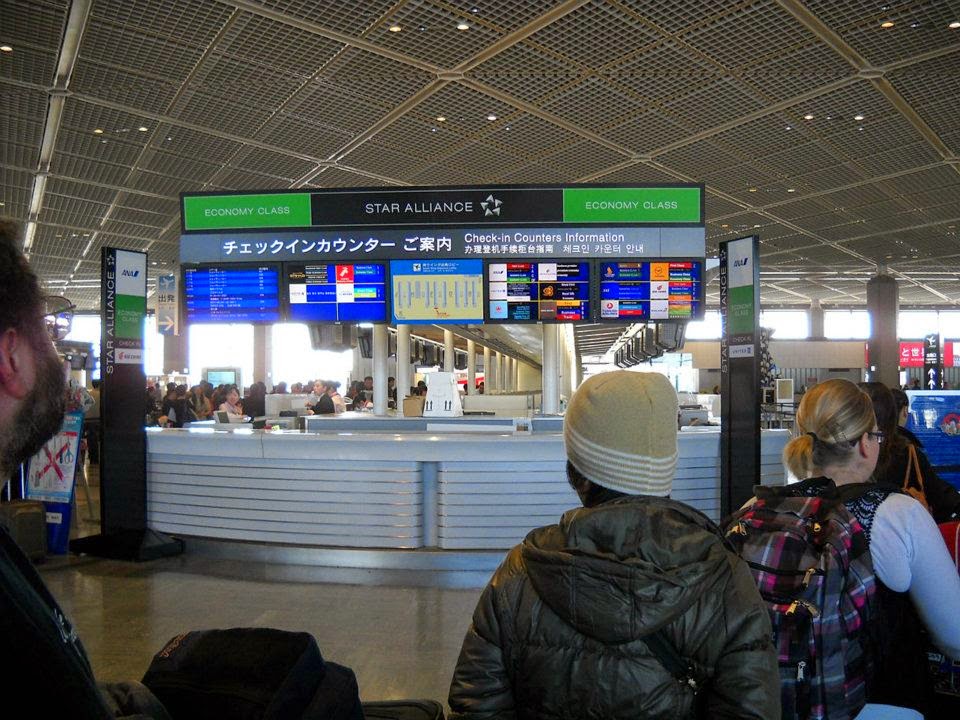 I hadn't gotten on a train for Narita in 20 years nor set foot in the airport since 1992. Things had changed a lot since then. Service had gotten far worse and more perfunctory as well as automated. We arrived early, as one is supposed to for international flights. It turned out that the United counter didn't open until 12:30 and we spent a lot of time standing in line watching the staff mill about doing nothing while they waited for the clock to force them to start managing passengers. We had hoped to check in to relieve ourselves of our heavy bags and then wander the airport, but some of our precious time was being stolen away by unexpected changes in availability. 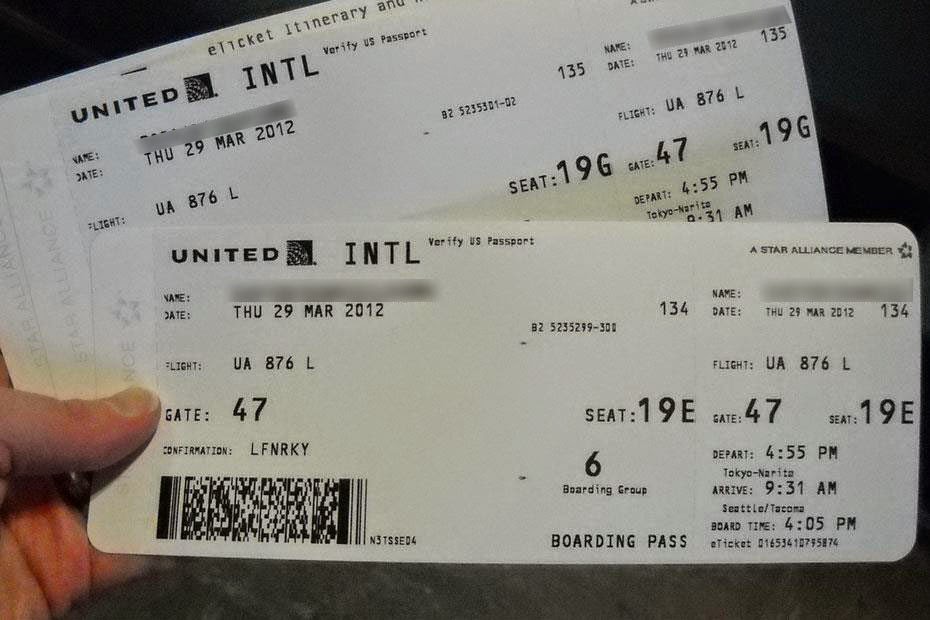 When we finally were allowed to check our bags and get boarding passes, we were confused by the way in which you use machines to feed in your passport and get a printed pass. We were regarded as being dim-witted because we were unfamiliar with the machines and a woman who was in Japan as a tourist rather smugly instructed us in how to manage. At the time, I thought that I'd like to see her manage the Tokyo public transport system. Everything is easy when you're familiar with it. 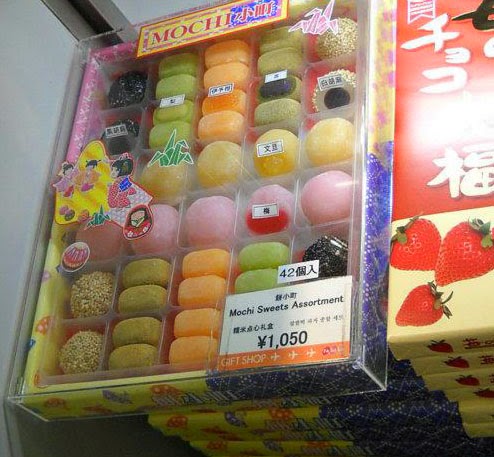 Mochi sweets, explained in English (which is not usually the case in Tokyo)

I'm sure that being in an airport is not a meaningful experience for most people. For me, however, it was a way station between two worlds. It was the point at which I was in limbo in a spot which straddled life in Japan and life in America. The mix of travelers, the shops that catered to both domestic and foreign tastes, and the bilingual services made it feel like the last stop that would fully cater to the Japanese on the road to the rest of my life.

As we headed down the escalator after passing the security checkpoint and into the final area through which we'd end up boarding, there were signs (shown at the top of this post) saying Japan awaited our return. Seeing them made me start crying again because Japan will be waiting a very, very long time to ever see me again. It was an incredibly bittersweet moment when I saw what to most people was a meaningless PR move. 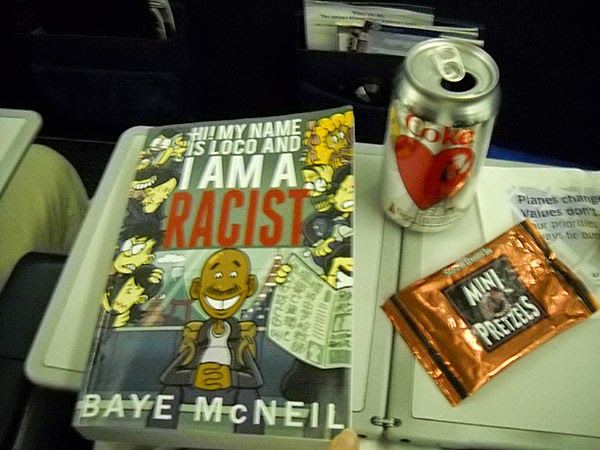 My husband and I had popped for the extra couple hundred dollars to get seats at the front of a row because my knees are pretty bad and the idea of keeping them bent in a tiny cramped space for nearly 12 hours was not a happy one. I had my plan in place for how to kill the time. I'd saved Baye McNeil's book to read on the journey. This was a good idea as the book was incredibly engaging and helped pass the time and distract me from thoughts of what was to come and what was happening.

I've flown away from Japan three times in my life and I spent two of those trips crying my way through the trip to America. The first time was because I was flying away from my boyfriend (later husband) and the last time was because I was leaving the place where I'd spent most of my adult life and had built a tiny little place that was "home". Japan wasn't home, but the space I occupied was all I had and could conceive of as home. I sobbed all that much harder when the plane touched down and I entered a world that was both familiar and alien. (to be continued)
Posted by Orchid64 at 8:00 AM