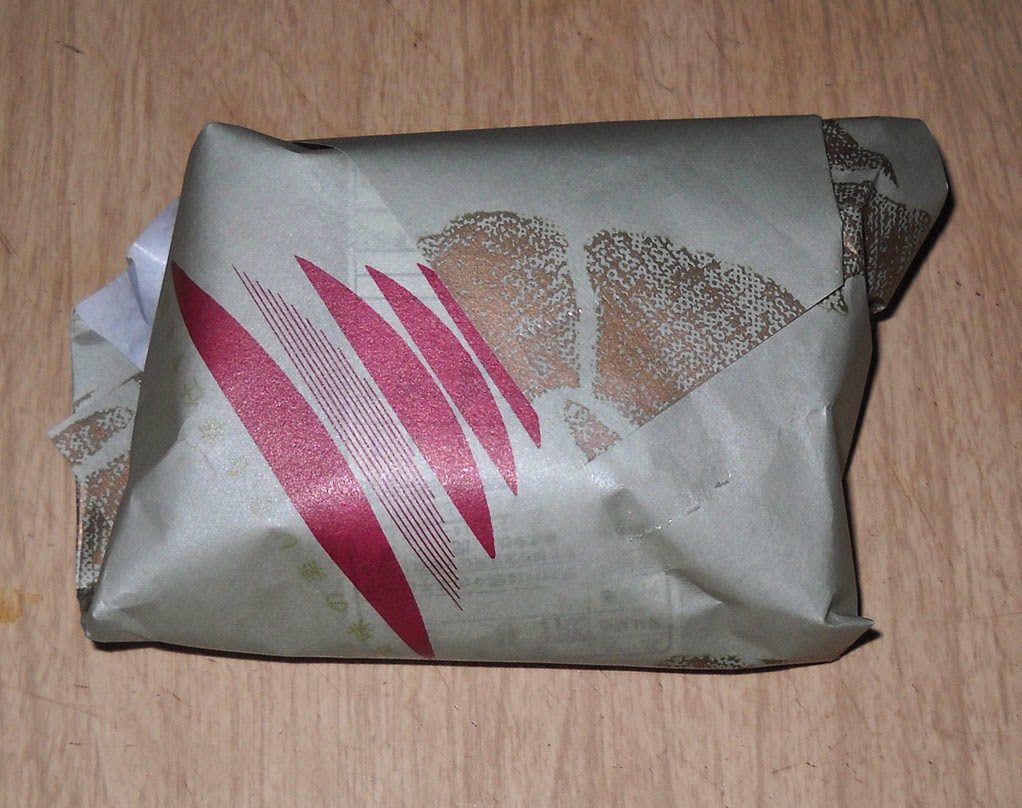 Dave Barry tells a story in his "Dave Barry Does Japan" book about a woman whose son gives his son a small gift-wrapped package that contains candy. Since it is not likely that the boy was carrying around candy in case he ran into a child that he wanted to give a little present to, Barry is initially puzzled as to how the Japanese boy was able to produce such a present so rapidly. He finds out that one can get even a bit of candy bought at a kiosk gift-wrapped in Japan. It's a small and insignificant item that costs about 100 yen (about a dollar), but you can still get a clerk to wrap it up as a gift for you.

There were some little touches to life in Japan that I didn't think I'd miss, but now that I'm back in the U.S., I find that I do. On occasion, I've wanted to pick up a little something and give it to someone as a gift - a nice bar of chocolate, a candle, or a box of cookies. At such times, I am left with only two options. I can take it home and wrap it myself or hand it over in the plastic shopping bag (assuming I got one) that I purchased it in.

In Japan, in nearly any type of store, you can probably get someone to do some sort of gift wrap on an item you buy and I miss the way in which you could have nearly any item, no matter how big or small, gift-wrapped in Japan.
Posted by Orchid64 at 8:00 AM