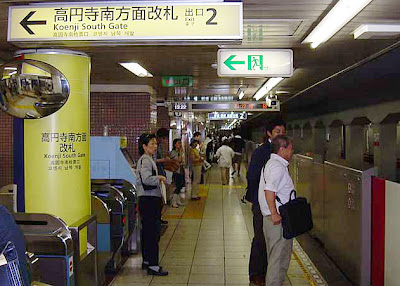 When I ask my female students who have traveled abroad what they have liked about visiting a Western country, every one of them says that they like the "ladies first" mentality of the people in those countries. A lot of foreigners believe this to mean things like opening doors for women, pulling out chairs for them in restaurants, etc. There is no history of chivalry in Japan so it isn't integrated into their culture. While I'm certain that these types of courtesies are included in what my students perceive, it is much more than that. In Japan, most of the country operates from a perspective of "men first". What Japanese women perceive as "ladies first" also includes common courtesy based on a perception of equality among all people regardless of gender in Western countries. Since Japanese women are so accustomed to being second class, they see being treated equally as an elevation.

I won't miss living in a culture where men come first simply by virtue of possessing a penis.
Posted by Orchid64 at 12:00 AM