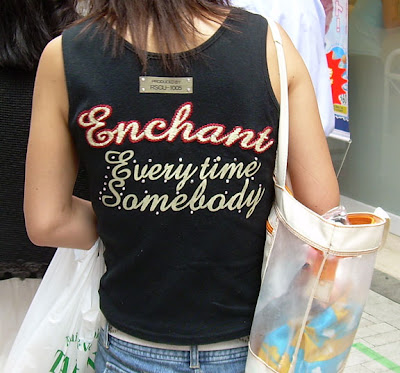 There is a notion that Japanese cultural concepts (and the underlying psychology) are too sophisticated for outsiders to comprehend, so most Japanese people won't even try to explain certain ideas to curious foreign folks. Frankly, I can tell you this is a crock. Many Japanese people can't explain Japanese cultural concepts for a variety of reasons that have nothing to do with the inability of interested gaijin to comprehend them. First, they often don't understand those concepts very well themselves beyond the knowledge of the terms and a shallow definition of them.* Second, the vast majority of the time, they lack the cross-cultural perspective to frame information in a manner which makes it comprehensible. Third, they subscribe so completely to the myth that foreigners are incapable of understanding their culture that they won't even try. The Japanese used to be called "inscrutable" in the past before it was considered racist to do so, but the truth is that some Japanese people actually prefer to be seen that way because it makes them feel their culture is elevated above others.

This attitude is patronizing, and I'm certainly not going to miss it.

*A good example of this is the term "wabi sabi". Most Japanese people know the words, but don't really have a deep connection to the meaning. They only know that some actions, like cherry blossom viewing and watching fall leaves, are expressions of this aesthetic.
Posted by Orchid64 at 12:15 AM