Won't Miss #234 - reluctance to express oneself 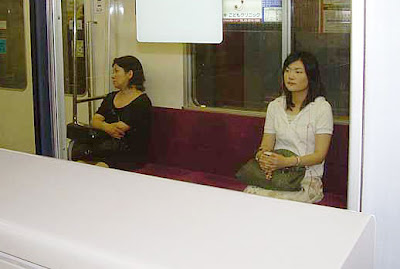 The Japanese are often reluctant to express themselves because their culture does not reward varying opinions. A lot of Japanese people will not have a debate or even a discussion with you about a topic of interest because they do not want to risk offending or upsetting you with a different opinion. In fact, many Japanese people will simply shake their head "yes" when you assert some viewpoint even when they don't agree with you at all. This reluctance to express their opinions makes it hard to get to know them on a deeper level and often makes conversations that go beyond the trivial difficult. Japanese people are often closed off and self-contained unless you are a very long-term, deeply trusted friend or unless they are drunk off their asses. Even then, they may not reveal their true opinions.

I won't miss this reluctance on the part of the majority of people to express their true feelings and opinions.
Posted by Orchid64 at 12:00 AM