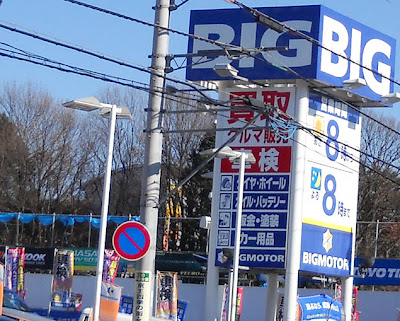 Several months ago, I was walking around my neighborhood and a group of 5 or 6 foreign men were waiting to cross the street. I was struck immediately by how physically intimidated they made me feel because they were all much taller and more solid (not fat) compared to the people I'm accustomed to having around me. It occurred to me that I so very rarely encounter people who are substantially taller or bigger than me, that I (almost) never feel concerned for my safety as a woman walking around Tokyo alone. Frankly, there are a lot of Japanese men who I think I could snap like a twig if I needed to deal with an attacker.

I will miss feeling physically powerful relative to the people around me, especially when it comes to men and potential physical assaults.
Posted by Orchid64 at 12:15 AM