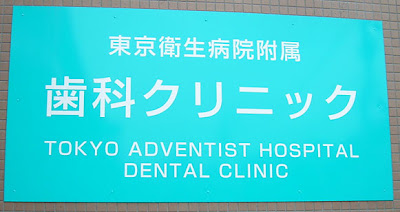 Best dentists (and hygienists), ever.
I can't speak to the quality of dental care everywhere in Japan, and I have mentioned before that it is irritating having to get treatment in multiple stages due to the way in which the national health insurance works. However, I have had nothing but the best dental care in Japan. This is in stark contrast to the horrific experiences I had in America with dentists who incredibly painfully pulled my adult molars when I was a preteen rather than fill cavities (leaving me with gaping holes in my bite on either side of my lower jaw). I've had my teeth drilled, filled, and cleaned by two different dentists in Japan (both Japanese, but they speak English well) and my husband has also had oral surgery as well as routine care from them. Both of us have had no pain at all and have been treated with respect and given good explanations of our situation. The environment we're treated in is modern and comfortable.

I will miss the dentists who have done such an excellent job over the more than two decades I've been here.
Posted by Orchid64 at 12:15 AM